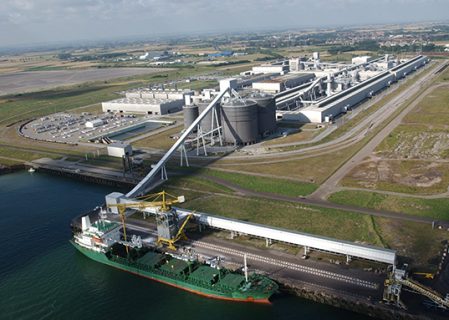 Anglo-Swiss metals miner Glencore plc announced earlier this week that it is conducting a review of all of its business...

Sanjeev Gupta’s GFG Alliance is facing an investigation by French authorities into allegations that the firm may have been involved...

GFG Group pledged on Tuesday to fight back against an ownership transfer of Dunkirk aluminium smelter to American Industrial Partners...

Greek metals conglomerate Mytilineos S.A. has inked agreements for both power provision and offtake for its subsidiary Aluminium of Greece according to a company officer. Mytilineos president and CEO Evangelos Mytilineos said on a conference call that it now has a power agreement with PPC that runs until 2023. Upon the contract’s expiration, Aluminium of […]

Japanese conglomerate Mitsubishi Corporation announced last week an agreement with Glencore plc to take a 30-percent share of the latter’s Aurukun Bauxite Project in Australia. No price terms were given by either party at the time of announcement. Though Mitsubishi currently has interests in the aluminium smelting and trading sector, the purchase will mark the […]

A judge in the United States has limited the scope of an antitrust action against Glencore plc, JPMorgan Chase, and Goldman Sachs. Several aluminium purchasers brought suit against the trio in 2013 alleging that they colluded to fix prices for the metal rather than allow natural market forces to determine it. However, District Judge Paul […]