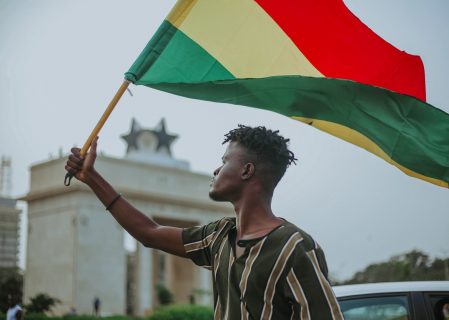 A Ghanian environmental group is calling upon the country’s government to block bauxite mining at the Atiwa forest and instead declare the land a national park. Last week Daryl Bosu, deputy national director for A ROCHA, told domestic media that the forest...

Ghana’s president announced earlier this week that his government is well into plans to take advantage of the bauxite ore...

In the course of the Ghanaian president’s state of the union address last week, Nana Akufo-Addo revealed that the decision by Ghana Integrated Aluminium Development Corporation (GIADEC) on the subject of a joint venture to explore the country for additional bauxite resources would be made by year’s end. Speaking to Ghana’s parliament on Thursday, Akufo-Addo […]

Responding to protests against bauxite mining in the Atewa Forest, four of the area’s chiefs and elders released a statement last week condemning such protests and assuring the wider world that the process for agreeing to the proposed mining was honest and transparent. The statement, which was carried by domestic media outlets earlier in the […]

Ghanaian President Nana Akufo-Addo said late last week that bauxite mining in the Atewa Forest will go forward despite objections from some quarters that such activity may threaten the flora and fauna of the wildlife preserve. Speaking to journalists on Friday, Akufo-Addo said that investors and mining partners for the project will be revealed early […]

A domestic NGO is urging the Ghanaian aluminium authority to pursue certification by the Aluminum Stewardship Initiative (ASI) in order to ensure that its efforts at extracting and marketing its wealth of bauxite ore is done in a safe and responsible manner. Abu Karimu, director of Settle Ghana, urged the Ghana Integrated Bauxite and Aluminium […]