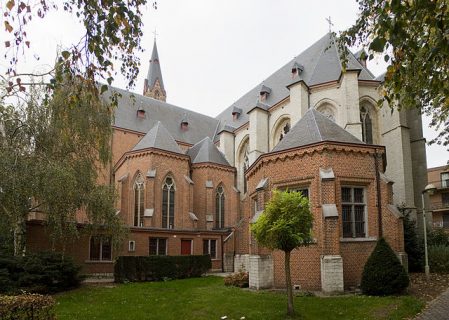 Atlanta’s rolled and recycled aluminium firm Novelis Inc. yesterday announced the completion of the sale of its operations in Duffel, Belgium to GFG Alliance’s international aluminium subsidiary Alvance in compliance with conditions placed on it by the EU and China for purchase...

The European Commission announced on Tuesday that aluminium extrusions imported from the People’s Republic of China will immediately be subject...

The People’s Republic of China’s aluminium trade group denied dumping allegations by their counterparts in the European Union, responding in a statement that it is being unfairly punished for “internal” factors occurring at the complaining companies. “China’s aluminum extrusion products have not caused damage to the EU’s relevant industries and there is no dumping in […]

Late last week the European Commission announced that it has begun an official inquiry into allegations that aluminium extrusions producers from the People’s Republic of China are dumping their product on the continent’s market, thereby undercutting local producers. The Commission issued the notice on Friday as part of its regularly-published journal. The EC’s investigation is […]

Atlanta’s rolled and recycled aluminium firm Novelis Inc. said yesterday that its proposed acquisition of Aleris has been approved by the European Commission. Per the firm, the approval is contingent upon Novelis’ sale of Aleris’ Duffel operations, which produce automotive aluminium and specialty aluminium products. Novelis says it is diligently working to find a new […]

Sources say Atlanta’s rolled and recycled aluminium firm Novelis Inc. is on the verge of obtaining approval from the European Union for its US$2.6 billion offer to purchase Aleris. Reuters said anonymous sources claiming inside knowledge revealed to them on Thursday that the linchpin to antitrust approval came with Novelis’ promise to sell the Aleris […]