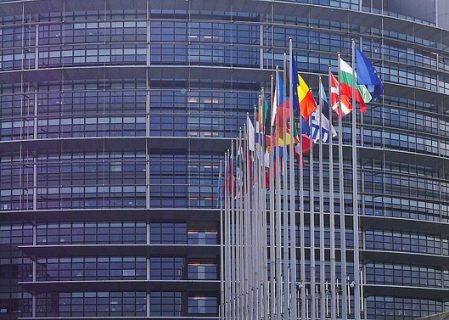 The European Commission announced on Tuesday that aluminium extrusions imported from the People’s Republic of China will immediately be subject to registration by each of its member nations’ customs authority. The move is the next step in the European Commission’s response to...

The People’s Republic of China’s aluminium trade group denied dumping allegations by their counterparts in the European Union, responding in a statement that it is being unfairly punished for “internal” factors occurring at the complaining companies. “China’s aluminum extrusion products have not caused damage to the EU’s relevant industries and there is no dumping in […]

Late last week the European Commission announced that it has begun an official inquiry into allegations that aluminium extrusions producers from the People’s Republic of China are dumping their product on the continent’s market, thereby undercutting local producers. The Commission issued the notice on Friday as part of its regularly-published journal. The EC’s investigation is […]

Aluminium recycling rates in Europe rose again in 2017 to 74.5 percent, a 2.3-percent bump from the year prior and good for another record high for the continent. Such was the story told by statistics released by the European Aluminium Association on Monday. Per the numbers, which took into account recycling across the European Union, […]

According to Europe’s leading aluminium trade group, the continent’s political and economic union is poised to take action against the United States over the Trump administration’s blanket 10-percent tariffs on aluminium. In an email to Reuters earlier this week, European Aluminium revealed that the European Union is racing to begin countermeasures against the lately-enacted aluminium […]

Europe’s biggest aluminium trade group added its voice to the chorus of condemnation of U.S. President Donald Trump’s 10-percent blanket tariff on imported aluminium earlier this week, petitioning the European Union and its member states to act in defense of the continent’s aluminium sector. In an epistle penned by European Aluminium’s Director General Gerd Götz, […]