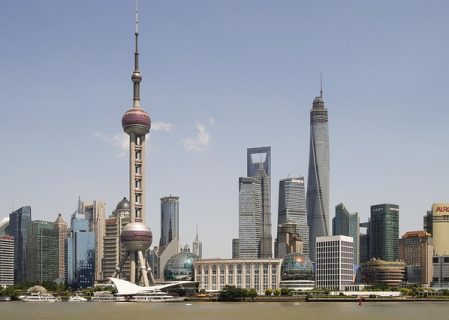 Data from the People’s Republic of China shows that the country’s output of aluminium is poised to continue at a high level despite the continuing decline in prices of the commodity. According to state-run metals research organization Antaike, the Middle Kingdom’s aluminium...

China Aluminium Production Up By 3.2 Percent In June

Production of primary aluminium in the People’s Republic of China was off by 0.9 percent on the month in June,...

The International Aluminium Institute released a report this week predicting a jump of 40 percent in aluminium demand by the...

Winter is coming to the People’s Republic of China, and along with it is the prospect of yet more power cuts for the country’s aluminium and other metals operations. Experts who spoke with Reuters this week said that a summer with low supplies of coal has already threatened dire circumstances for power generation in the […]

A new entrant to the People’s Republic of China’s aluminium sector is planning a 1 million metric ton per annum aluminium smelter for Indonesia. According to a report by CRU, Tsingshan Holding Group is planning to enter the field by building the new aluminium smelter in conjunction with Huafon Group. The firm operates an industrial […]

An expert on the metals market in the People’s Republic of China advised its clients that the Middle Kingdom is preparing to release hundreds of thousands of metric tons of raw aluminium in an effort at depressing the market for the metal. According to CRU, China’s National Food and Strategic Reserves Administration could release between […]

Typically a net exporter of primary aluminium by a wide margin, the People’s Republic of China reverted to the same in September per numbers just released by the central government. Numbers released by the General Administration of Customs on Friday indicated that the Middle Kingdom brought in 355,999 metric tons of primary aluminium last month, […]