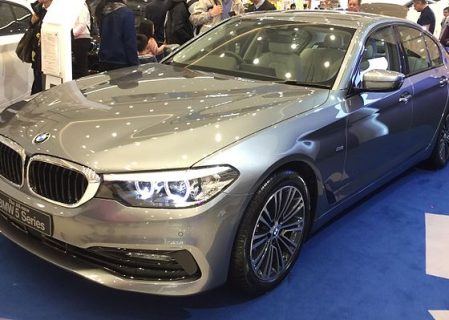 Amsterdam’s Constellium announced today that a trio of its in-house researchers are the recipients of the Medal of the Academy...

Production Static but Profits Up for Constellium in Q3

Amsterdam aluminium extruder Constellium reported results for the third quarter of 2016 today. Though production numbers were similar year-on-year, the firm returned better financial numbers than in 2015. According to the firm’s press release, Constellium shipped 377 thousand metric tons of product, which was consistent with the volume shipped in the third quarter of last […]

Amsterdam’s Constellium N.V. announced the official opening of its newest finishing line at its plant in Neuf-Brisach, France. The €180 million line is intended to help the firm meet rising demand for aluminium auto body sheet. The almost 800’ line has a production capacity of 100,000 metric tons per annum. It turns out sheet aluminium […]

Industry analysts see an expansion of aluminium firms from the People’s Republic of China into the worldwide automotive and aerospace markets. Such a move may set off a frenzied buying spree of Western metals companies by Chinese firms, they predict. According to experts, Chinese firms are moving into the more lucrative areas of the aluminium […]

Franklin, Tennessee’s Noranda Aluminum Holding Corporation announced on Friday that it has negotiated a global settlement agreement with several of the lenders with outstanding claims against Noranda. The document will be submitted to the bankruptcy court handling Noranda’s Chapter 11 proceedings for approval during a hearing later this month. The agreement, among the firm’s secured […]