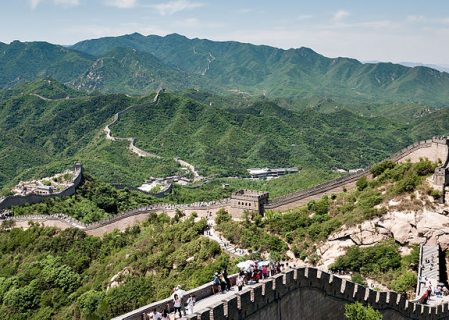 Recognizing the damage excess capacity continues to wreak upon the country’s aluminium market, the People’s Republic of China’s top smelters agreed on Friday to ax a minimum of 800 thousand metric tons per annum of smelting capacity in the next several months....

USITC Levies Final Import Duties Of Up To 176.2 Percent On Chinese Aluminium Sheet

For the first time in over three decades, the United States issued final duties in a trade case it self-initiated...

Though consumption is expected to slow, Beijing expects the country’s aluminium demand to rise as high as 50 million metric...

Representatives of aluminium foil makers in the United States called upon the federal government to enact tariffs against imports of the same from the People’s Republic of China during a hearing held by the U.S. International Trade Commission yesterday. With the decision due in mere weeks, speakers representing several aluminium stakeholders descended upon the District […]

The China Nonferrous Metals Industry Association (CNIA) removed all doubt regarding the rumors that it will challenge the recent antidumping measures on aluminium foil imported from the People’s Republic of China into the United States. According to a statement released by the CNIA, China’s aluminium sector will “take the necessary measures to safeguard the industry’s […]

China’s Nonferrous Metals Industry Association (CNIA) responded to widespread accusations in overseas media regarding the alleged fake semis activity in Mexico by China Zhongwang and related companies. The charges, which have lately appeared in prominent media outlets like the Wall Street Journal “seriously deviated from reality.” A tabloid published by the Chinese Communist Party described […]

Production at Zhongwang Plant in Tianjin Expected by End of 2016

Extruded aluminum giant China Zhongwang Holdings Ltd said last week that it expected the first production line at its Tianjin plant to come online by the end of the year. The firm anticipates that the new production line will help it tap into the ever-expanding automotive aluminium market. According to reports, the project will cost […]

China to Increase Aluminium Consumption by One Fifth over Next Three Years: CNIA

An aluminium industry group in the People’s Republic of China said that the country plans to increase domestic aluminium demand by eighteen percent over the next three years. Increases are expected to come from the use of high-end products in construction and transportation. The China Nonferrous Industry Association said on Tuesday that the Middle Kingdom […]