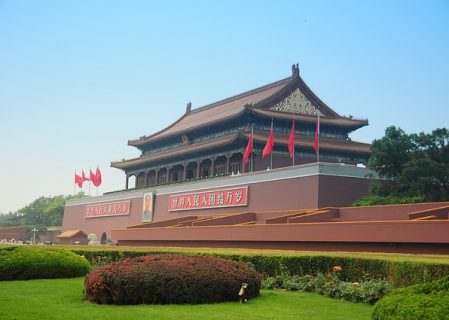 Imports of extruded aluminium into the United Kingdom may get significantly more expensive for suppliers in the People’s Republic of China in the very near term, as British trade officials are looking into complaints by domestic aluminium extrusion producers that Chinese exporters...

Last week the Chinese government tasked state-owned enterprises to cut their energy consumption per CN¥10,000 (US$1,570) by 15 percent and...

European Union Levies Tariffs Of Up To 18.2 Percent On Aluminium Foil From China

New import tariffs on aluminium foil from the People’s Republic of China are in the offing, as the European Commission...

Despite Power Cuts, China’s Aluminium Output In November Off By Only 1.8 Percent On The Year

An explosion at an aluminium smelter in Yunnan and energy supply cuts conspired to hold China’s aluminium output in November slightly below the prior month’s total. Such was the story told by production numbers released by Beijing last week. Per production numbers, the Middle Kingdom produced 3.10 million metric tons of aluminium last month, just […]

Cutbacks on power supplies in the People’s Republic of China so far this year have translated in a cut of 7 percent of the country’s overall aluminium capacity. Such was the conclusion of a Wood Mackenzie report released yesterday. According to the report, the cuts are a result of Beijing’s restructuring of its power infrastructure […]

Aluminium trade group European Aluminium Association said on Monday that it approved of the European Commission’s final confirmation of definitive anti-dumping duties on flat-rolled aluminium products (FRP) on the European market. However, it continued to oppose the nine-month suspension of such duties, which the EC officially confirmed this week. EA noted the official findings by […]

Winter is coming to the People’s Republic of China, and along with it is the prospect of yet more power cuts for the country’s aluminium and other metals operations. Experts who spoke with Reuters this week said that a summer with low supplies of coal has already threatened dire circumstances for power generation in the […]