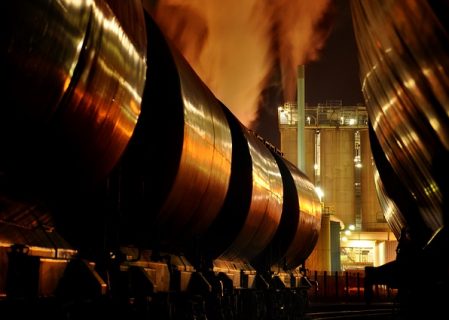 According to an industry expert, the United States could fill its defense industry’s entire need for high-purity aluminium with a minimal financial investment in an existing production method. Harbor Intelligence’s Tom Leary told a conference earlier this week of a process, called...

Despite its location far north of the ecliptic and far distant from the world’s major industrial centers, Iceland has developed...

Chicago’s Century Aluminum released results for the first quarter of 2017 on Tuesday, posting significantly smaller losses than in the...

American president Donald Trump is expected to direct his administration to expedite an investigation launched by the Commerce Department yesterday...

Chicago’s Century Aluminum reported financial numbers for the fourth quarter and full year of 2016 on Thursday. The firm’s totals were down across the board for both periods due to plant closures and a settlement to a medical class-action suit. The firm reported a US$168.5 million net loss in the fourth quarter, down year-on-year from […]

Century Aluminum and retirees from the firm’s Ravenswood plant have come to an agreement regarding payment of the latter’s retirement funds. United Steelworkers announced the agreement on Friday. The agreement, which bears a date of February 9, has Century funding a trust fund with US$23 million for reimbursement of certain past and future medical and […]

Century Aluminum and Noranda Alumina have come to an agreement over the sale of Jamaican bauxite. The deal was announced by Noranda on Wednesday, according to Jamaican media. The contract has Noranda supplying Century with essentially all the high-grade bauxite the latter shall require for its smelters in Hawesville and Sebree, Kentucky. No dates were […]

According to county officials, the Century Aluminum plant in Ravenswood, West Virginia is on the verge of coming under new ownership, and is destined to be converted to a coal liquefaction facility. The plant, which employed up to 600 of Jackson County’s residents, was idled in 2009. A cloud of uncertainty as to whether the […]