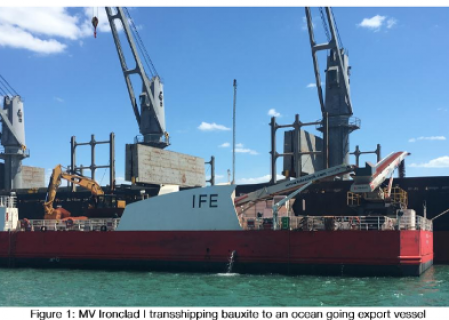 Brisbane’s Metallica Minerals Limited announced yesterday that it has received federal approval under the Environment Protection and Biodiversity Conservation Act 1999 to develop Urquhart Bauxite Project. According to the firm, federal approval is a tremendous milestone on the road to mining bauxite...

Brisbane’s Metro Mining Limited updated its investors on the progress of construction at Bauxite Hills Mine yesterday, detailing the first...

Mining titan Rio Tinto Group’s emphasis on regional economic development will be worth at least $900 million to the Queensland...

Brisbane’s Metro Mining Limited released the results of the Bankable Feasibility Study (BFS) of its newly-expanded Bauxite Hills Mine project....

Brisbane’s Metro Mining Ltd released an overview of their expanded Bauxite Hills Mine project on Monday. The document is the first public disclosure of the project’s bauxite resources since finalizing the purchase of Gulf Alumina’s interests in the area in January. According to the report, Metro Mining’s bauxite reserves at Bauxite Hills includes 144.8 million […]

Metro Mining Lauches Drive to Raise A$52.4 MM for Bauxite Hills Mine

Australia’s Metro Mining Limited announced earlier today that it has initiated a drive to raise A$52.4 million (US$40.2 million) in equity to continue operations at the Bauxite Hills Mine project on the northern tip of the Cape York Peninsula. Metro says that the equity raising will consist of issuing about 419.4 million fully-paid ordinary shares, […]

Anglo-Australian mining giant Rio Tinto began work on a new bauxite mine in Cape York by awarding a US$53-million contract to Queensland civil engineering firm QBrit. The new mine, dubbed the Amrun Project, is a US$2 billion operation that is expected to harvest 22.8 million metric tons per annum at the outset, with an option […]

Australia’s Metro Mining Ltd announced yesterday that it had acquired Gulf Alumina Ltd’s remaining shares, and that it would begin the process of combining Gulf’s Skardon River Project with its own Bauxite Hills project. Metro’s press release said that the firm has begun work on a bankable feasibility study to determine the advantages and disadvantages […]