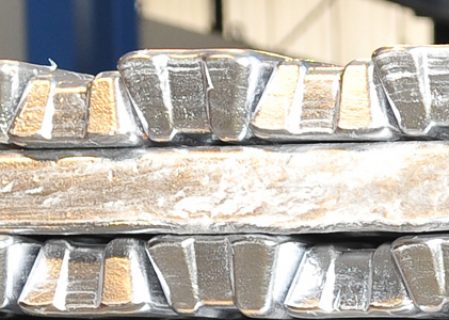 Numbers released by Brazil’s aluminium trade association Associação Brasileira do Alumínio (Abal) showed a steep fall-off in production for the month of April, dropping by almost 20 percent on the year. Per Abal, the South American country churned out 48,400 metric tons...

Norwegian aluminium smelter Norsk Hydro ASA updated its investors on the situation at its Brazilian aluminium refinery Alunorte, noting that...

Norsk Hydro has reached an agreement with the relevant Brazilian state and federal government bodies to resume production at the...

Brazilian president Michel Temer said earlier this week that talks with representatives of the United States government regarding exemptions for...

With the exception deadline looming, Trump administration officials say reprieves granted certain countries to the blanket 10-percent tariffs enacted earlier this month may not all be extended. In comments made to Bloomberg on Saturday, Commerce Secretary Wilbur Ross demurred when asked to specify precisely which countries would continue to enjoy their exceptions, saying that an […]

A top trade official in the Trump Administration told a United States legislative committee that the executive branch is discussing exclusions to the blanket 10-percent aluminium tariffs with trade representatives from the European Union, Australia, and Argentina, and indicated that talks may soon open with the government of Brazil. U.S. Trade Representative Robert Lighthizer made […]

Norsk Hydro ASA yesterday issued a notice of force majeure to buyers of its bauxite, as a lack of water in the area has prevented Brazilian miner Mineração Rio do Norte (MRN) from delivering sufficient levels of ore to cover its contractual obligations. The firm advised bauxite customers that a drought in the region has […]

Though overall volumes were up, according to numbers released by Abal, revenue from primary aluminium into Brazil were down somewhat over the course of the first nine months of 2016, off by over ten percent year-on-year. Between January and September of 2016, Brazil exported 259.1 thousand metric tons, which was good for a 10.5% increase […]

Prices and demand for aluminium in Brazil are expected to rise in the coming year according to the experts interviewed by Metal Bulletin. However, the picture for exports of the metal isn’t quite as rosy. Brazil sent almost 300,000 metric tons of unwrought aluminium overseas through November last year, which is 9% higher year-on-year according […]