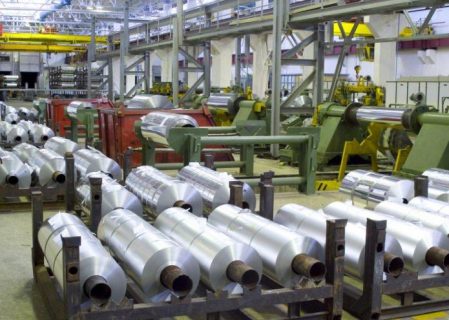 The Aluminum Association applauded a move by the U.S. International Trade Commission (USITC) last week to unanimously determine that some aluminium foil imports from Armenia, Brazil, Oman, Russia, and Turkey are injurious to American producers of the same. The USITC’s decision opens...

The Aluminum Association’s Foil Trade Enforcement Working Group filed a formal complaint with the Trump Administration on Tuesday over imports...

Though praising the country’s executive, United States President Donald Trump did not indicate that he would back down on planned...

Norwegian aluminium giant Norsk Hydro ASA said on Saturday that power has been restored to Mineração Paragominas S.A. (Paragominas bauxite mine), allowing a return to normal production levels at Alumina do Norte do Brasil S.A. (Alunorte alumina refinery). Return to production at Paragominas came ten days after power was cut to the mine. Hydro confirmed […]

The Trump Administration’s threatened tariffs on imported aluminium and steel from Brazil are apparently no longer on the table after a conversation between the U.S. president and the Brazilian head of state last week. According to comments made in the course of a Facebook live video session on Friday by Brazilian President Jair Bolsonaro, a […]

Citing currency weaknesses that he says are harming the American farmer, United States President Donald Trump announced on Monday the reimposition of import tariffs on aluminium and steel from producers in Brazil and Argentina. A surprise pre-dawn tweet by the head of the executive branch sent chaos through the ranks of trade officials from both […]

Numbers released by Brazil’s aluminium trade association Associação Brasileira do Alumínio (Abal) showed a steep fall-off in production for the month of April, dropping by almost 20 percent on the year. Per Abal, the South American country churned out 48,400 metric tons in the year’s fourth month, off by 3.6 percent from February’s total of […]

Norwegian aluminium smelter Norsk Hydro ASA updated its investors on the situation at its Brazilian aluminium refinery Alunorte, noting that progress had been made both on the judicial front and with state environmental regulators. Hydro said Monday that it has reached an agreement with the Ministério Público to engage outside consultants to determine whether the […]