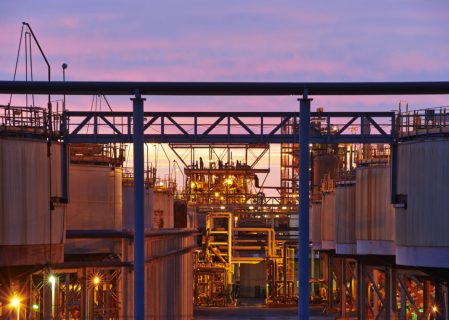 Western Australia’s Alcoa of Australia Limited announced earlier this week an agreement with a trio of energy providers to supply one-quarter of the firm’s requirement for natural gas beginning in 2020. Per a company press release, Alcoa of Australia has contracted with...

South32’s CEO Graham Kerr told the media earlier this week that the time for his firm to negotiate a new...

Chalco to Invest in US$500 Million Bauxite Project in Guinea

The government of the Republic of Guinea announced earlier this week that the People’s Republic of China’s Aluminum Corporation of...

Prices and demand for aluminium in Brazil are expected to rise in the coming year according to the experts interviewed...

South32 Not Planning to Restart Idled Aluminium Capacity Before 2018

Australian metals miner South32 indicated on Thursday that it does not expect to reopen idled capacity at its aluminium and manganese operations in southern Africa in the course of the next two years. The firm idled the capacity in question due to a combination of depressed prices and an unreliable power supply in the region. […]

Anglo-Australian mining giant BHP Billiton reported final results for FY 2016 yesterday, ending a challenging financial year both on the books and in the field. The firm ended the year US$6.4 billion in the red, representing the largest annual loss in its history. The US$7 billion in impairment charges acted as a financial millstone around […]

Australian metals miner South32 released its Quarterly Report last week. The firm’s numbers met or exceeded FY2016 guidance for the just-ended financial year. According to the report, South32 produced 963,000 metric tons of aluminium, which was slightly less than the one million tons produced the previous year. South African aluminium remained level at 697,000 metric […]

A resources firm based in Dubai has been in negotiations with certain trading houses to begin development of Guinea’s bauxite reserves. The reserves, once held by Anglo-British firm BHP Billiton, are reportedly valued at US$8 billion. Gajah Investment Group’s co-founder James Tounkara indicated in an interview that he expected interest from the People’s Republic of […]

South32, a diversified recourse company, has had a difficult start since May 2015 after spinning off from its parent company, BHP Billiton. The turmoil in commodities has set a grim backdrop to the miner’s stock market debut. Since then the company’s shares have declined almost 50%, similar and parallel to BHP. Both have seen profits […]