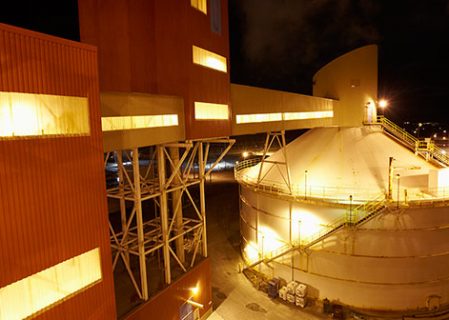 Anglo-Australian mining giant Rio Tinto Group released results for the first half of 2019 late last week. The firm’s aluminium business was stable from an operational perspective in the opening half, but price declines took their toll on the segment. In the...

Aluminerie de Bécancour’s (ABI) unionized workforce began making its way back into the plant on Friday, marking the end of...

A months-long lockout and curtailment at Aluminerie de Bécancour Inc. (ABI) in Quebec is over after a vote on Tuesday...

Last week’s “final offer” from Alcoa Corporation to the striking workers at Aluminerie de Bécancour Inc. will be put to...

Alcoa Corporation tendered what it describes as its final offer to striking employees at Aluminerie de Bécancour Inc. (ABI) smelter in Québec, Canada on Wednesday in hopes of bringing an 18-month dispute with hourly employees at the plant to an end. The company did not delve into specifics of the offer it tendered to United […]

Management at Aluminerie de Bécancour (ABI) has tendered to the plant’s labor union United Steelworkers what it classifies as the “final” contract offer in hopes that it breaks the labor dispute that has idled the plant for over a year. The firm, which is a joint venture between Alcoa Corporation (75 percent) and Rio Tinto […]

After over a year of on-and-off negotiations between management and labor at Aluminerie de Bécancour, Alcoa Corporation opted to decline an offer for binding arbitration talks by the United Steelworkers union. According to union spokesperson Clairandree Cauchy, the USW’s 700 workers of Local 9700 voted unanimously in favor of seeking binding arbitration. For its part, […]

Citing the continuing impasse in labor negotiations, Pittsburgh aluminium pioneer Alcoa Corporation announced yesterday the immediate curtailment of half the production of the lone potline at Aluminerie de Bécancour Inc. (ABI) smelter in Québec, Canada. The curtailment is but the latest step in a labor dispute that has gone on for over a year. The […]