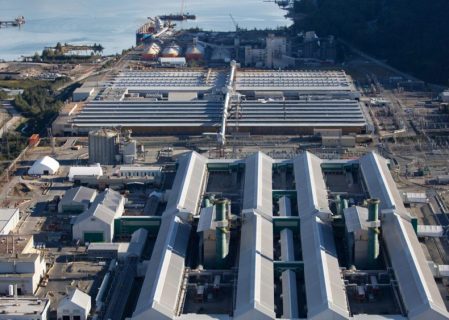 Anglo-Australian metals miner Rio Tinto Group announced an agreement in principle with Unifor Local 2301 at its BC Works aluminium smelter in Kitimat. Per Rio Tinto, the parties have composed a Collective Labor Agreement that they say is competitive and provides a...

Negotiators for Rio Tinto Group and Unifor Local 2301 plan to strike up talks again next week over the prospect...

The entirety of Rio Tinto Group’s aluminium operations in Canada is now certified against the Aluminium Stewardship Initiative (ASI) Performance Standards after the organization announced the certification’s coverage of the BC Works smelter and Kemano Power Operations in Kitimat, British Columbia. The announcement continued by noting that the certifications in question have been appended to […]