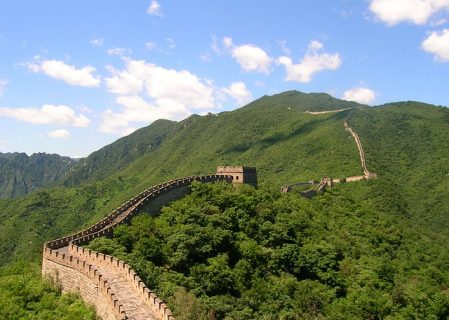 As improvements to low-temperature alumina production continue by refiners in the People’s Republic of China, the country’s thirst for overseas bauxite increases. Such was the story told by Customs data released on Sunday that showed a 24.9 percent jump on the year...

Responding to reports that the Trump Administration is weighing tariffs on aluminium imports from Australia, Prime Minister Scott Morrison said...

Despite Rains, Metro Mining Carries Out Improvements At Bauxite Hills Mine

Australia’s Metro Mining Ltd. updated investors regarding operations at Bauxite Hills Mine yesterday, detailing the events that have taken place...

A proposal to end the strike at Alcoa Corporation’s bauxite and alumina operations in Western Australia was rejected by the plant’s trade union on Friday, allowing the month-long work stoppage to continue. The strike, which began on August 8, is the result of workers’ complaints regarding a new agreement that they say provides insufficient job […]

With the exception deadline looming, Trump administration officials say reprieves granted certain countries to the blanket 10-percent tariffs enacted earlier this month may not all be extended. In comments made to Bloomberg on Saturday, Commerce Secretary Wilbur Ross demurred when asked to specify precisely which countries would continue to enjoy their exceptions, saying that an […]

A top trade official in the Trump Administration told a United States legislative committee that the executive branch is discussing exclusions to the blanket 10-percent aluminium tariffs with trade representatives from the European Union, Australia, and Argentina, and indicated that talks may soon open with the government of Brazil. U.S. Trade Representative Robert Lighthizer made […]

Australian Aluminium exporters breathed a sigh of relief this weekend after United States President Donald Trump and Australian Prime Minister Malcolm Turnbull announced that they will be immune to Trump’s 10-percent tariffs upon imported aluminium. President Trump announced via Twitter late in the business day on Friday that the countries’ two governments had reached an […]

Thanks to talks among trade officials from Australia and the United States on the sidelines of the late G20 summit in Germany, stringent aluminium tariffs expected to be handed down by the Trump administration will exempt aluminium producers from Down Under. Australia’s prime minister Malcolm Turnbull and finance minister Mathias Cormann met privately with Treasury […]