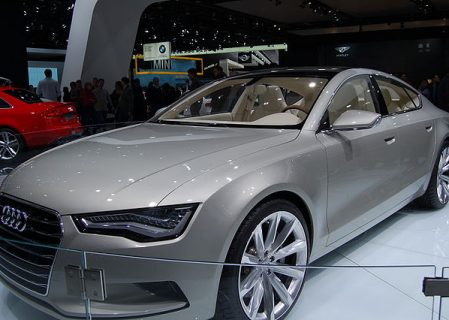 The Aluminium Stewardship Initiative (ASI) announced yesterday the certification of a pair of Audi production facilities in Neckarsulm and Ingolstadt, Germany against its Chain of Custody (CoC) Standard Certification. The rolled material press shops at those sites produce aluminium automotive parts from...

German automaker Audi AG announced yesterday that it has received the Chain of Custody certification from the Aluminium Stewardship Initiative...

The Aluminium Stewardship Initiative (ASI) announced yesterday the certification of Amsterdam rolled and extruded aluminium leader Constellium N.V.’s plant in Neuf-Brisach, France, under the ASI’s Performance and Chain of Custody Standards. The certification at Constellium’s plant covers its recycling, casting, rolling, and finishing operations. The plant is one of its largest sites, capable of an […]

The Aluminium Stewardship Initiative (ASI) yesterday announced that Hammerer Aluminium Industries (HAI) has achieved ASI Performance Standard Provisional Certification for its plant at Romania’s HAI Santana S.R.L. The provisional certification covers the plant’s remelting and casting operations, as the plant is primarily engaged in the production of extrusion billets and rolling ingots derived from recycled […]

The Aluminium Stewardship Initiative (ASI) announced yesterday the certification of Alu-Met GmbH’s Speedline Aluminium-Gießerei GmbH in Schlins, Austria against the ASI Performance Standard for responsible aluminium production. The areas under certification are the plant’s casthouse and remelting operations, where the firm utilizes over 70 percent recycled aluminium feedstock. Speedline Aluminium-Gießerei boasts an annual production of […]

American aluminium pioneer Alcoa Corporation announced last week an expansion of its low-carbon aluminium and alumina line Sustana. Per the firm, the line would expand by adding the industry’s first low-carbon, smelter-grade alumina EcoSource. Measured through the mining and refining process, EcoSource emits half the carbon dioxide equivalents per ton of alumina than the industry’s […]