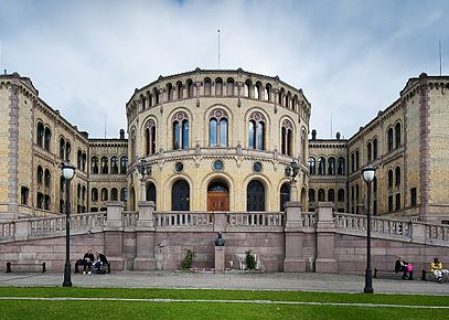 The United States government has filed a request with the World Trade Organization to include a dispute resolution panel in negotiations with the several other governments that have filed complaints with the organization over the Trump Administration’s blanket aluminium and steel tariffs....

The Kingdom of Bahrain may be close to winning an exemption from the Trump administration’s blanket tariffs on aluminium and...

Despite New Free Trade Deal With United States, Tariffs On Aluminium From Canada And Mexico Remain

Though the governments of the United States, Canada, and Mexico have reached a last-minute accord on free trade, the Trump...

Despite the specter of retaliatory tariffs on United States products, the Trump administration has chosen not to grant exceptions to...

Ford Motors CEO: Trump Tariffs On Aluminium And Steel Will Cost Us US$1 Billion

Automotive manufacturers are feeling the heat from the Trump aluminium and steel tariffs as noted by Ford Motor Company’s CEO James Hackett, who said on Wednesday that his firm is expected to lose approximately US$1 billion to the measures over the next two years. “From Ford’s perspective the metals tariffs took about $1 billion in […]

According to government estimates, the total damage done to the Russian economy by the Trump administration’s tariffs on aluminium and steel imports is US$600 million to date. Russian Economic Development Minister Maxim Oreshkin revealed the damage estimate in the course of an interview with state media last week. “We have already calculated the damage done […]

Acting on news that the Trump administration is considering an exemption for the country’s smelters to the blanket tariffs on aluminium it implemented earlier this year, the Indian government has decided to again push back the start date of retaliatory customs duties on an array of U.S. imports. The Indian government announced its decision yesterday, […]

Indian media reported yesterday that the United States government is amenable to granting the country’s aluminium smelters a conditional waiver of the Trump administration’s blanket 10-percent tariffs. Few details were released at the time, but Indian television channel ET NOW broke the story yesterday, which, if true, is the most positive response yet to the […]

The Trump administration’s blanket tariffs on aluminium and steel may make Indian exports of the same significantly less competitive compared to countries that have been granted an exemption from the measures. So states a recent report published by The Associated Chambers of Commerce and Industry of India (ASSOCHAM). The report, entitled “Global Tariff War: Implications […]