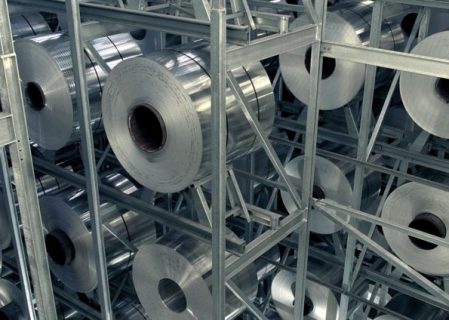 After almost three years of discussions, the Aluminium Stewardship Initiative (ASI) released updates to its ASI Performance and Chain of...

Trade group Aluminium Stewardship Initiative announced this week the certification of Trimet France’s aluminium operations at Saint-Jean-de-Maurienne and Castelsarrasin under...

Norwegian aluminium producer Norsk Hydro ASA broke ground last week on a new US$150 million aluminium recycling plant in Cassopolis, Michigan. According to Hydro, the plant’s nameplate capacity will be 120 thousand metric tons of low-carbon aluminium extrusions per annum. Production is slated to begin next year, and the plant will create about 70 jobs […]

Trade group Aluminium Stewardship Initiative announced this week the provisional certification of Alcoa’s Massena smelter, which is the longest continuously-operating aluminium facility on Earth, under its Performance Standard for sustainable aluminium production. Alcoa’s Massena plant has been in operation since 1902 and is fueled by hydropower. The plant has a nameplate capacity of about 360 […]

Trade group Aluminium Stewardship Initiative announced this week the certification of over two dozen Ball Beverage Packaging North and Central America plants under its Performance Standard and Chain of Custody standard. The new certifications cover manufacture and supply of aluminium can bodies, can ends, and aluminium bottles at 25 different locations in sixteen different states […]

Trade group Aluminium Stewardship Initiative announced this week the certification of the Magna BDW technologies GmbH Markt Schwaben plant in Germany under the ASI’s Performance Standard Certification with a focus on Material Stewardship. The ASI certification covers the plant’s light metal vacuum die casting development and manufacture of modules and systems for the automotive industry. […]