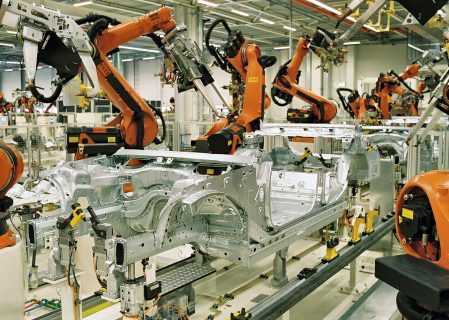 German automaker BMW AG said last week its press shop in Dingolfing is the company’s first-ever site to separate out and recycle aluminium sheet waste generated by the plant. The plant, which is BMW’s largest, required a €6.5 million retrofit to accomplish...

Atlanta’s rolled and recycled aluminium firm Novelis Inc. commenced construction on its US$36 million expansion and upgrade of its Greensboro,...

Aluminium recycling rates in Europe rose again in 2017 to 74.5 percent, a 2.3-percent bump from the year prior and...

Base metals prices recovered sharply in the first half of September, after a seasonal slump in August, as investors and...

Swiss coffee company Nestlé Nespresso S.A. has teamed up with Swedish bike brand Vélosophy to develop and manufacture a bicycle made from recycled aluminium coffee capsules. The bicycles, which were given the name RE:CYCLE, will be produced in a limited run of 1,000 and are only available through Vélosophy’s website. The project was undertaken in […]

British multinational automaker Jaguar Land Rover Limited announced the next step in its aluminium closed-loop program will be a new method for harvesting aluminium from old vehicles for use in aluminium alloys destined to continue on in new vehicles. The initiative, christened REALITY, is under development at present, with initial testing being carried out on […]

Swiss coffee company Nestlé Nespresso S.A. called upon its competitors in the portioned-coffee market to team up with it in developing a worldwide recycling program for aluminium coffee capsules. At the annual convergence of the Nespresso Sustainability Advisory Board (NSAB) in Geneva, the firm issued the invitation to establish such a global standard, with hopes […]

Swiss coffee company Nestlé Nespresso S.A., in conjunction with the New York City Department of Sanitation (DSNY), and Sims Municipal Recycling (SMR) said yesterday that the firm has pledged to contribute US$1.2 million to the city’s efforts at collecting, sorting, and recycling aluminium coffee capsules as well as general discarded aluminium. Per the press release, […]