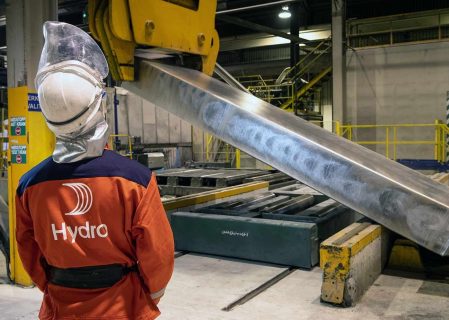 Norwegian aluminium producer Norsk Hydro ASA announced last week its plans to expand a program of directly recycling aluminium from its plants, which it hopes will further reduce its low carbon footprint and increase production by allowing for use of post-consumer aluminium...

Aluminium recycling rates in Europe rose again in 2017 to 74.5 percent, a 2.3-percent bump from the year prior and...

A report released by the Aluminum Association earlier this week detailed the significant advances aluminium cans have made over competing...

Three out of four aluminium beverage cans in the United Kingdom find their way back into the aluminium value stream,...

The United Kingdom’s Aluminium Packaging Recycling Organisation (Alupro) says that recycling rate of aluminium both in the British Isles and upon the European continent continues to make significant strides, achieving and surpassing goals that were set for the practice last year. Per the association, the recycling rate for aluminium drink cans continued its upward trend […]

Aluminium 2016, 11th World Trade Fair and Conference recently concluded in Düsseldorf, Germany. Also known as Aluminium Messe Dusseldorf, the biennial conference is considered the biggest and most influential aluminium fair in the world. Organized by Reed Exhibitions Deutschland GmbH, the conference featured 992 exhibitors from fifty-eight countries, and was attended by almost twenty-five thousand […]