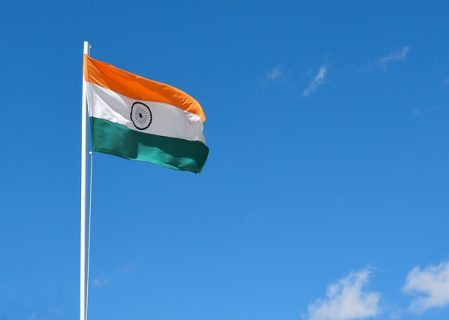 India’s government has again delayed enacting retaliatory tariffs against United States goods, pushing back the first possible date for the duty to May 16. The proposed tariffs were first queued up last June in response to the Trump Administration’s Section 232 tariffs...

In comments to domestic aluminium industry stakeholders, India’s Mines Minister said that his government will continue to develop and encourage...

In a bid to stem the rising tide of imported scrap and primary aluminium, India’s Commerce Ministry is lobbying to...

Last year was a banner year for Indian imported aluminium to the United States, as numbers released earlier this week...

Though India’s primary aluminium producers continue to call for raising import duties on raw and scrap aluminium, downstream interests steadfastly oppose such a move, and have again gone on record to detail the harm they expect a rise in aluminium import duties would exact. An open letter penned by President of Material Recycling Association of […]

An increase in import duties on aluminium entering India gained more momentum this week, as Union Minister Suresh Prabhu revealed that the country’s commerce ministry favors such a measure as a means to protect domestic manufacturers. “That is a proposal to protect our domestic industry. The proposal is under examination and we support the proposal,” […]

Future investment in India’s aluminium sector has been thrown into a state of uncertainty after the Supreme Court threw out a ban on the import of petroleum coke earlier this month. So says a report released by Fitch Group subsidiary India Ratings and Research yesterday. Per the report, an Indian Supreme Court ruling allowed for […]

Responding to months of pressure from its domestic aluminium sector, the Indian government is contemplating an increase to import duties for aluminium shipped in from overseas. According to unnamed sources who spoke with domestic media, major industry players have been lobbying for the change, noting a spike in shipments of primary and scrap aluminium. Per […]

Scrap aluminium imported into India spiked by 21.44 percent since the start of the fiscal year, with buyers shipping in 657 thousand metric tons since April 1. According to the Aluminium Association of India (AAI), the government must soon enact artificial barriers to such imports, which rose from last year’s first-half imported aluminium total of […]