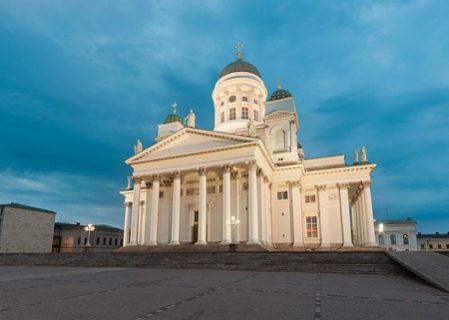 Finnish mining operations and technology firm Outotec announced on Thursday that it has signed a contract with Aluminium Bahrain B.S.C. to design and deliver an anode rodding shop facility for the firm’s smelter-expansion project. Outotec declined to offer a price for the...

Jump in Sales and Production During Q1 for Aluminium Bahrain

Aluminium Bahrain B.S.C. announced the publication of its inaugural Sustainability Report last week. The company’s first-ever such report describes its...

Aluminium Bahrain B.S.C. (Alba) announced on Wednesday that it has been declared the Gold Winner of the Green World Award 2016 for Environmental Best Practice. The award is the top-tier award of the Green Apple Awards, given out by the Green Organization to recognize, reward, and promote environmental best practices carried out by firms around […]

Aluminium Bahrain B.S.C. announced on Sunday that Waleed Tamimi would become the firm’s new director of administration. Tamimi has been at Alba since the spring of 2011, where he has held positions in Strategic Supplies and Planning. He joined Alba after leaving the Rezayat Group after almost four years, where he was the General Manager […]

Aluminium Bahrain B.S.C. reported totals for the third quarter and first nine months of 2016 yesterday. Alba’s numbers were highlighted by an increase in year-on-year net income by almost two thirds. The firm reported a sales total of US$463.5 million for the third quarter, down five percent year-on-year from 2015’s total of US$490.4 million. Alba […]

Aluminium Bahrain B.S.C. announced yesterday that it has “kick started” its upgrade project to increase the amperage of its smelter’s Lines 4 and 5. The project, which the firm undertook in an effort to reduce cost and increase energy efficiency, was begun in September of this year. The project in question consists of designing and […]