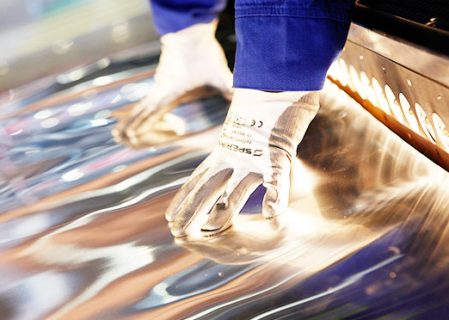 Atlanta’s rolled and recycled aluminium firm Novelis Inc. released results for the third quarter of fiscal year 2018 on Thursday. The firm set several financial records in the quarter, thanks in no small part to increased shipments and improved product offerings. The...

Hindalco Industries’ managing director Satish Pai told local media this week that the firm is continuing to position itself in front of an expected rise in automotive aluminium demand by expanding the offerings of their Atlanta subsidiary Novelis. Pai said that current production plans would have Novelis’ shipments of automotive aluminium rise to fully one-quarter […]

Eastern Kentucky aluminium firm Braidy Industries Inc. announced last week its plans for the construction of the first Greenfield aluminium rolling mill to be built in the United States in over three decades. Braidy’s planned mill will be built with an initial capacity of 370,000 metric tons per annum, turning out automotive body and aerospace […]

Amsterdam’s Constellium N.V. revealed yesterday its status as provider of aluminium automotive body sheet and Crash Management Systems for Munich automaker Bayerische Motoren Werke AG (BMW) in the construction of its BMW 5 executive car series. The announcement in question identified Constellium as BMW’s premier supplier of automotive body sheet for the 5 series. The […]

American value-added aluminium producer Arconic announced a multi-year supply deal with Toyota North America on Sunday. The agreement will have Arconic supplying Toyota with aluminium for the automaker’s Lexus RX (AL20). The fourth generation of the model made its debut in the automotive market during the last model year, and is Toyota’s first North American […]

Norsk Hydro’s newest line at Grevenbroich, Germany began to produce rolled aluminium this week following weeks of pre-production trials and testing. The new equipment represents a €130 million investment by Hydro, which is the firm’s largest single capital expenditure in Germany. In addition to the initial marketable rolled aluminium production, the equipment was also used […]