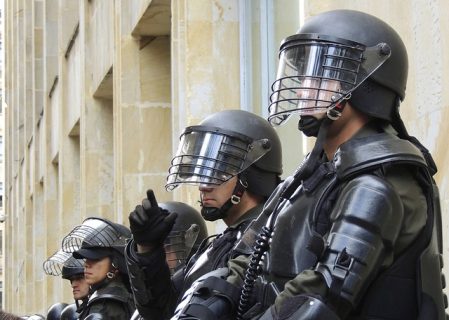 Normal operations have resumed at bauxite mines in Guinea after several days of unrest that led to slowed production, as sources in country told Reuters that locals initiated violent protests against a move by the president to extend his term in office....

Guinean’s president Alpha Conde will be taking a more active role in the country’s bauxite industry with the assumption of...

Aluminum Corporation of China Limited (Chalco) said late last week that it anticipates producing bauxite ore at its project in...

Chalco to Invest in US$500 Million Bauxite Project in Guinea

The government of the Republic of Guinea announced earlier this week that the People’s Republic of China’s Aluminum Corporation of China Limited (Chalco) will be investing US$500 million in a bauxite ore project in the country. The Guinean government secured the deal after a visit to Beijing by Guinea’s mines minister Abdoulaye Magassouba. It is […]

The president of the Republic of Guinea decreed last week that miners who produce over a certain amount of bauxite ore “will be obliged to build an alumina plant.” President Alpha Condé made the remarks in speech at recent mining conference in Guinea’s capital Conakry. Condé spoke at last week’s Symposium Mines Guinea, the largest […]

A resources firm based in Dubai has been in negotiations with certain trading houses to begin development of Guinea’s bauxite reserves. The reserves, once held by Anglo-British firm BHP Billiton, are reportedly valued at US$8 billion. Gajah Investment Group’s co-founder James Tounkara indicated in an interview that he expected interest from the People’s Republic of […]

Rusal and Guinea Agree to Terms on Bauxite Mine, Alumina Complex

Russia’s UC Rusal and the government of West Africa’s Republic of Guinea have come to an agreement regarding the resumption of operations at the Friguia bauxite and alumina complex. The two parties also signed an annex to the Dian-Dian concession agreement regarding development of a bauxite mine of the same name. The firm and the […]