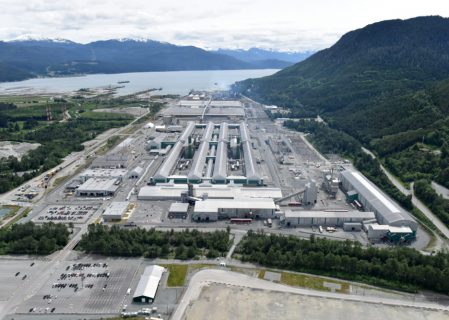 The entirety of Rio Tinto Group’s aluminium operations in Canada is now certified against the Aluminium Stewardship Initiative (ASI) Performance Standards after the organization announced the certification’s coverage of the BC Works smelter and Kemano Power Operations in Kitimat, British Columbia. The...

Anglo-Australian mining giant Rio Tinto Group is the recipient of the first-ever Chain of Custody (CoC) Certification issued by the Aluminium Stewardship Initiative. The certification was developed by the ASI to establish a seal and a series of criteria by which aluminium consumers could be assured that the product they are buying was responsibly sourced […]

Rio Tinto’s Aluminium Dunkerque will soon become part of the Liberty House Group family thanks to a binding offer of US$500 million tendered by Sanjeev Gupta’s industrial and metals firm. According to a brief press release issued by Rio Tinto early yesterday, the offer is “subject to final adjustments” and cannot be formally accepted prior […]

The second-biggest metals miner on Earth expects demand for aluminium to continue its upward arc, and much of the fuel propelling it will come in the form of aluminium beverage cans produced in the Middle Kingdom. CEO of Rio Tinto Group’s aluminium unit Alf Barrios told Bloomberg in an interview yesterday that the increased adoption […]