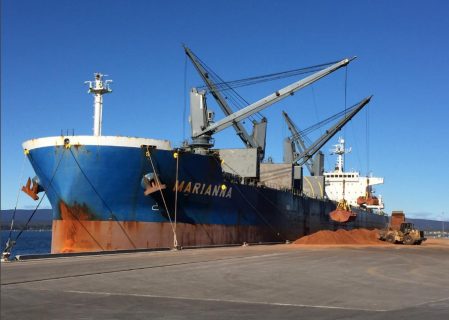 Australian Bauxite Limited (ABx) said this week that its subsidiary ALCORE Limited began construction of the pilot plant in New...

Australian Bauxite Limited (ABx) released financial and operating results for the third quarter on Sunday. The firm continued to see...

Australian Bauxite Limited (ABx) said yesterday it’s subsidiary Alcore Limited has entered into an agreement with Japanese global trading company Sojitz Corporation to investigate potential partnership opportunities in the production and marketing of aluminium fluoride (AlF3). The two firms are attempting to position themselves to take advantage of a burgeoning market for AlF3, which is […]

Australian Bauxite Limited (ABx) announced yesterday the appointment of Dr. Mark Cooksey, Ph.D., as Alcore’s General Manager. Cooksey’s appointment is for a six-month term commencing February 1. ABx says Cooksey arrives at Alcore after being granted a leave by the Commonwealth Scientific and Industrial Research Organisation (CSIRO). He’s a veteran of the aluminium industry of […]

Australian Bauxite Limited (ABx) updated the market on Wednesday as to progress on the ALCORE Limited project, noting that it has achieved the project’s third milestone on the road to commercial production of aluminium fluoride (AlF3). ABx says the project has begun chemical refining of bauxite ore into aluminium fluoride with the removal of silicon […]

Australian Bauxite Limited (ABx) said earlier this week that it has finalized the shipment of 32,477 metric tons of cement-grade bauxite ore after having loaded it upon the buyer’s ore ship at Bell Bay Port. Though ABx has yet to identify the buyer, it points out that the load is near the upper range of […]