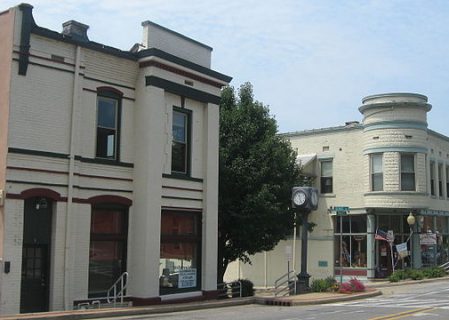 Workers at a plant jointly owned by Alcoa and Rio Tinto in Québec are in the process of deciding whether...

Pittsburgh aluminium pioneer Alcoa Corporation released third-quarter results on Wednesday. The firm’s numbers were up across the board, a fact...

American aluminium producer Alcoa Corporation announced yesterday that it has come to an agreement with Dallas, Texas power generation company Luminant Generation Company LLC to terminate its electricity contract for the purchase of power to run its smelter at Rockdale, Texas. Alcoa says that the contract made the plant at Rockdale, which has been shuttered […]

The Western Australian port city of Bunbury announced on Wednesday that it will export over 2.5 million metric tons of bauxite ore mined from Alcoa’s operations in the region over the next two years. Bunbury joins Kwinana Bulk Terminal as the area’s two ports approved to handle the export of bauxite ore. “The port is […]

American aluminium giant Alcoa Corporation announced yesterday that it has been included in the Dow Jones Sustainability Indices (DJSI). The DJSI employ long-range benchmarks that quantify a company’s sustainability performance of large corporations around the world. Alcoa has been included in the DJSI as a mining and metals leader in categories including environmental performance, corporate […]

Despite Unfathomable Destruction, Harvey to Cause Minimal Interruptions to Aluminium Industry

The once-in-a-millenium storm that is Hurricane/Tropical Storm Harvey will likely have a limited impact upon aluminium facilities located on the Gulf Coast. According to reporting by Platts, Alcoa closed a petroleum coke calciner located in Lake Charles, Louisiana. Alcoa spokesman Jim Beck indicated that the newly-restarted plant was idled due to a storm-related power disruption. […]

American aluminium trade group The Aluminum Association announced today that the Aluminum Transportation Group (ATG) has grown by two. Pittsburgh’s Alcoa Corporation and Kentucky’s Tri-Arrows Aluminum Inc. have become the ATG’s tenth and eleventh member companies. Heidi Brock, president and CEO of the Aluminum Association, welcomed the two firms, both of whom are acknowledged leaders […]