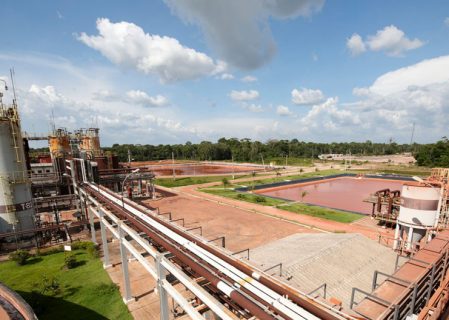 Mere days after Norsk Hydro’s announcement of the closure of its Alunorte alumina refinery, the Brazilian federal government granted the plant the authorization to operate the machinery necessary to utilize its only available bauxite residue area. On Friday the Brazilian Institute of...

The global alumina landscape is likely facing radical changes in the very near future after Norsk Hydro ASA announced the...

Norsk Hydro reported numbers for the second quarter on Tuesday. The firm’s numbers suffered thanks to outages at key plants...

Though Norsk Hydro A.S.A. returned higher overall numbers for the first quarter, the mandated capacity cut at Alumina do Norte...

Thanks to the United States government’s sanctions upon the world’s second-biggest aluminium producer and mandated production cuts at his own company’s operations, the head of Norsk Hydro says that the global aluminium market may soon find itself mired in significant supply shortage. Hydro’s President and CEO Svein Richard Brandtzæg said as much in an interview […]