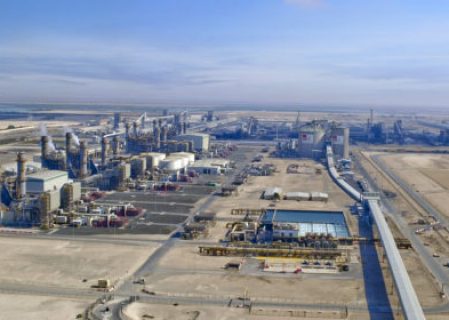 United Arab Emirates aluminium smelter Emirates Global Aluminium PJSC revealed last week that it anticipates refining the first batch of alumina at Al Taweelah at some point in the front half of next year, over a year beyond the initially-planned start date...

UAE’s Emirates Global Aluminium PJSC (EGA) announced yesterday that the firm has come to an agreement with Belgian research and...

Emirates Global Aluminium (EGA) has ordered an additional batch homogenizing furnace from Austrian aluminium equipment manufacturer Hertwich Engineering. The order, placed late last month, is for a furnace to be utilized in the heat treatment of billets and is expected to go into operation later this year. The furnace in question, which is the seventh […]

UAE’s Emirates Global Aluminium (EGA) loaned ten Emirati engineers to Saudi Arabia in order to gain experience the firm needs as it prepares to launch the Al Taweelah refinery next year. These ten engineers are the first of over two dozen to be sent to the Ma’aden alumina refinery this year. Ma’aden is the only […]

Abu Dhabi’s Emirates Global Aluminium (EGA) announced that it has achieved a major milestone in its Al Taweelah alumina refinery project. According to local media, the US$3 billion project has reached the point of sixty percent completion of its calciners. The plant, which is one of UAE’s biggest industrial construction sites, is employing 5,900 people […]

Significant competition from aluminium smelters in the People’s Republic of China will temper upward pressures on the global price of aluminium according to Emirates Global Aluminium chief executive Abdulla Kalban. Although Kalban’s firm is among the top ten aluminium producers on Earth, EGA remains dependent upon sales to overseas buyers. As a result the firm […]