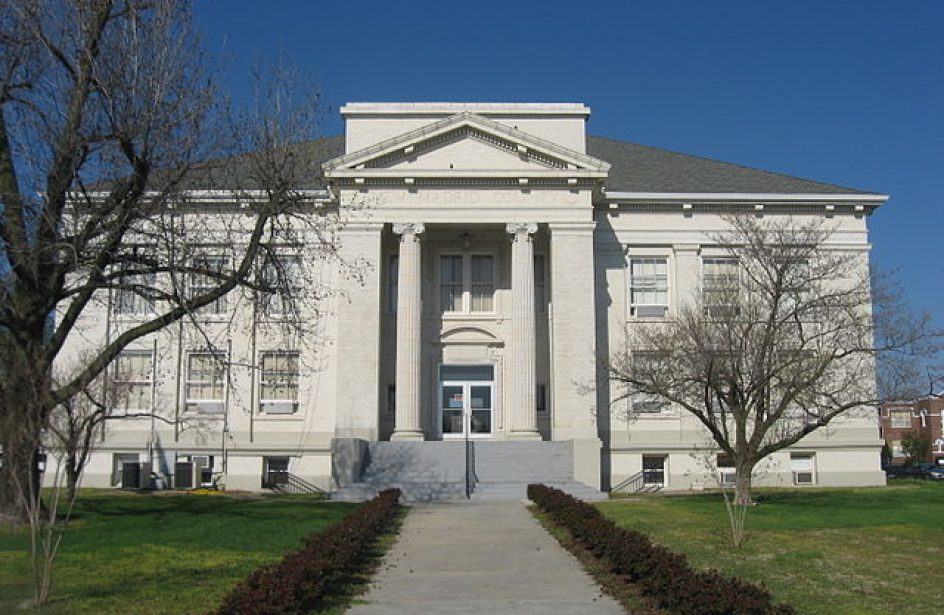 Front of the New Madrid County Courthouse, located at 450 Main Street in New Madrid, Missouri, United States. It was built in 1919. Source: Wikimedia

Swiss firm ARG International was awarded title to Noranda’s plant in New Madrid, Missouri when a federal bankruptcy court accepted their bid of US$13.7 million on Friday, beating out a competing bid of US$13 million from “stalking horse” bidder MFR II LLC.

Although Noranda officials did not comment beyond confirming the winning bidder, representatives of the New Madrid city government spoke with ARG’s legal representatives. According to city administrator Richard McGill, ARG did not inspect the facilities prior to bidding on them.

“They kind of bid on it sight unseen,” McGill said.

He went on to say that city and state government officials did much to advertise the plant to potential suitors, offering several varieties of financial incentives to sweeten a potential deal.

“It’s not a city of New Madrid issue and it’s not a county issue,” said McGill. “It’s a regional issue and, really, a state issue.”

McGill said he is cautiously optimistic in the smelter’s future. Had the stalking-horse bid been accepted, the odds of the plant firing back up were small, he said.

“We didn’t see the high probability of someone coming in and operating it under those circumstances, so I think this is probably the most optimistic of bidders that were there,” opined McGill.

The Noranda plant has had difficulty remaining profitable in the past, encountering a stumbling block in finding power at rates low enough to remain in the black.

“Ameren Missouri has been working with Noranda and state policymakers for some time, hoping to see this important employer in Southeast Missouri have a chance to restart operations,” Warren Wood, vice president of External Affairs & Communications of Ameren Missouri, said in a written statement. “We have not been involved in this sale process, but are very interested to learn more about the new owner’s plans for the facility.”

When describing the future of the plant and its odds of smelting again soon, McGill said, “We’re hopeful.”