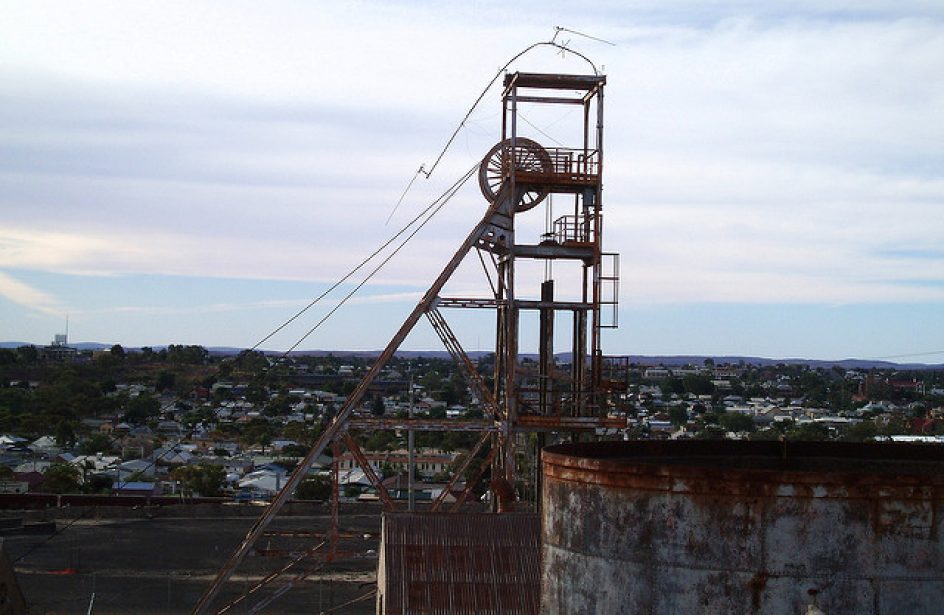 South32, a diversified recourse company, has had a difficult start since May 2015 after spinning off from its parent company, BHP Billiton. The turmoil in commodities has set a grim backdrop to the miner’s stock market debut. Since then the company’s shares have declined almost 50%, similar and parallel to BHP. Both have seen profits eroded as prices have plunged on faltering Chinese demand.

South32 expects to book a US$1.7 billion on recent write-down on assets and is seeking to slash costs across a suite of businesses and trim production. In the same time more than 600 job cuts were announced.

“After extensive consideration, we believe the demerger is likely to create more value than other alternatives, including asset sales. We are confident the demerger will create two successful companies,” BHP Billiton chairman Jac Nasser told shareholders at the company’s annual general meeting in Perth in May 2015. However, low margins and weak profitability of noncore assets seem to be the main cause behind the demerger decision, despite high efficiency, good perspective and first and second quartile low production costs.

South32 houses about a third of former BHP Billiton’s operations and consists of 12 assets or joint ventures in five countries. The three largest commodity divisions are aluminium and alumina (29%), manganese (21%) and silver, lead and zinc (26%) which make up 76% of EBITDA for FY2014 data. The bulk (59%) of the company’s earnings will come from Australia with South Africa at 29% and South America with 12% through operations in Columbia and a non-operated JV in Brazil. Of its 12 assets nine are majority owned by the company and eleven are operated by South32. The assets seem to be fairly competitive compared to its peers, with four assets in the first quartile of the corresponding industry cost curves and five more in the second quartile.

The assets have delivered combined underlying EBITDA of more than US$2bn per year over the last decade with an average EBITDA margin of 36% over this time period.

The contribution of alumina and aluminium segment has increased in 2015 significantly, accounting for almost half of the revenue and the EBITDA (including inter-segment sales). As a result, South32 increased underlying earnings last financial year-end of June 2015, to US$575 million and a profit after tax of US$28 million on revenues of US$7,743 million.

The South32 assets are well-positioned in the first or second quartile of their respective industry cost curves, which is a good starting point for any miner. The number of low cost assets, such as Worsley aluminium, Groote Eylandt Mining Co (GEMCO) manganese and Cannington silver/lead/zinc, are generating decent cash, while Mozal (Mozambique aluminium) and South Africa aluminium are breaking even. Macquarie reissued their outperform rating on shares of South32 in a report released in November. However, the CEO Graham Kerr expects two more years of weak commodities with the possibility the market may deteriorate further before it improves.

The Hillside smelter is wholly owned by South32. It has a capacity of 723,000 t/y. Operating cash costs in H1 2015 were around US$1750 /tonne, extending between the first and second quartiles of the cash cost curve. Some 1.4 million tonnes per year of alumina is sourced from Worsley alumina refinery.

South32’s aluminium production declined 13% to 699,000 tonnes in the 2015 financial year. Last year’s closure of the higher-cost Bayside smelter and the curtailment of aluminium production at Alumar smelter (in which it has a 40% interest) resulted in a year-on-year decline of 89,000 tonnes. At South32’s Brazil Aluminium refinery, saleable alumina output rose 5% to 1.3 million tonnes in the 2015 financial year as production exceeded nameplate capacity.

Aside from low aluminium prices, rising electricity costs due to the deficit in South Africa is likely the main reason why BHP Billiton decided to spin-off the aluminium segment. Smelters Hillside and Mozal have extended power supply contracts to 2028, consuming around 5.5% of local electricity supplier’s Eskom full production. The supply contract at Hillside smelter is linked to the LME aluminium price. The tariff is indexed to the price of aluminium, which is lower than US$0.30/kWh at the moment. That is less than half of Eskom’s average selling price of US$0.74/kWh.

It is estimated that higher electricity price and lower production at Hillside and Mozal smelters, or even closure, would harm to South African economy since aluminium processors, as Hulamin, a large exporter, would have to import aluminium billets at a much higher price, which means production costs and sale prices would have to increase, too.

South32 is a solid company with low risk on the downside but not big growth potential on the upside in next several years, at least. Most of its commodity business is profitable, aside of no-metallurgical – energy coal. Since aluminium and alumina/bauxite segment have significant impact on it revenues, the company is vulnerable in this moment, with the aluminium price at 12 years minimum, but will benefit with expected rising aluminium price in future. However, since no significant price growth is expected in the near future, no significant growth of company’s revenues are expected either. The good news for South32 is that the aluminium and alumina segment is now the focus of management, and most likely will be the priority, as the iron ore segment was left with BHP Billiton. However, the management will not be able much to do in near future, aside of keeping the existing power supply contract operational until it expires and with hope that in the meantime Eskom will solve power deficit in the country with commission of new power plants, expected by 2018.

It’s unlikely that South32 will make any new and significant acquisitions of companies or equipment, nor is there major interest on the horizon from other companies for any of South32 segments. Therefore there is relatively small risk for the shareholders on either side in the near future.