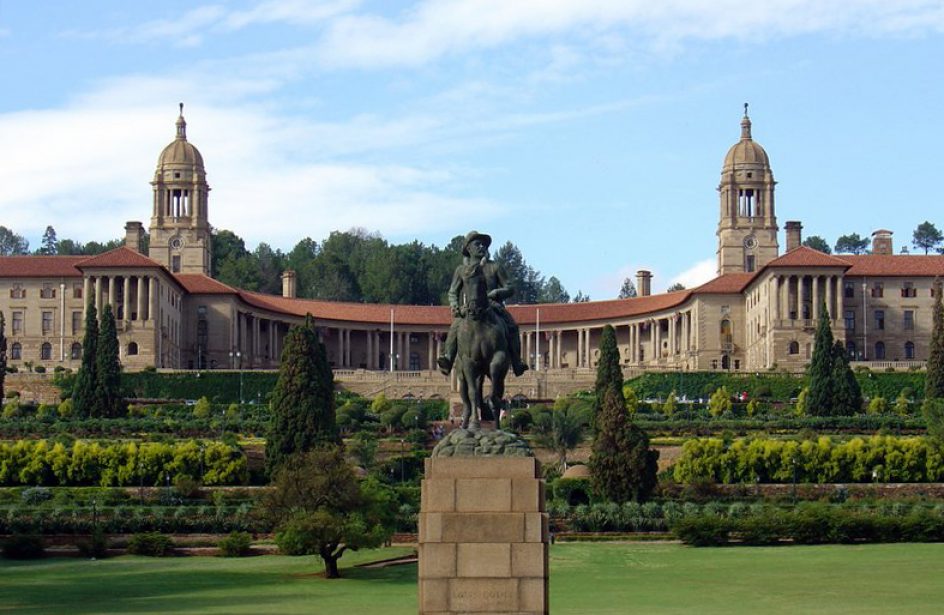 The Union Buildings in Pretoria: seat of the South African government. Source: Wikimedia

The government of the Republic of South Africa will continue to appeal to the administration of United States President Donald Trump for an exception to the blanket 10-percent tariffs enacted upon all aluminium imports earlier this year.

South Africa’s Minister of Communications Nomvula Mokonyane said as much on Thursday when speaking to domestic media on the subject. Despite the disappointment over the Trump administration’s choice not to exempt her country’s aluminium producers from the tariff, Mokonyane said that the talks between the two governments will continue.

“The South African government will continue to engage with US authorities to find a mutually acceptable outcome. Cabinet also encourages domestic importers to continue to lobby US buyers to apply for product exemptions, as South African companies export niche products and semi-processed products for further processing in the US.”

Mokonyane continued by saying that the South African government would take the high road in negotiations and not use the dispute as justification for voting against the United States delegation in matters before the United Nations. In addition, the South African government has promised to insure that its country would not become a haven for aluminium transshipments of product from other countries.

Though steel and aluminium from South Africa makes up only about 2 percent of the United States’ total imports, South Africa’s Minster of Trade and Industry Rob Davies said last month that the tariffs may put local jobs at risk. South African government economists project that the tariffs will cost local aluminium concerns about ZAR474,000 (US$38,609). More significantly, tariffs are likely to jeopardize up to 7,500 South African workers who work either directly with the metal or are employed in pursuits dependent upon its export.

Though United States negotiators have previously floated the possibility of quotas in lieu of a tariff, it is unclear whether any further progress in that direction has been made.