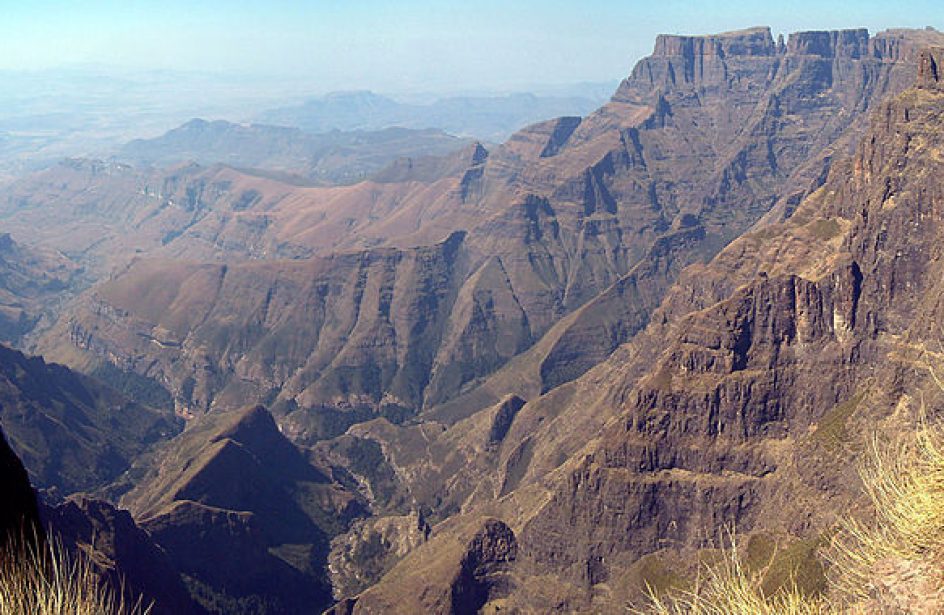 On the ridge of the Drakensberg amphitheatre, close to the lip of the Tugela Falls (one of the highest waterfalls in the world) overlooking the Tugela valley and the Royal Natal National Park, KwaZulu-Natal, South Africa. Source: Wikimedia

Hulamin indicated that consistent manufacturing output boosted revenue by one quarter to US$340 million for the just-ended half, and spiking group sales by nearly one-fifth. The firm also indicated that it found success despite the artificially depressed market, which they felt was hampered by significant oversupply from smelters in the People’s Republic of China. Hulamin has long pushed for a bump in aluminium tariffs from 5% to 15% to mitigate damages from such trade practices but the International Trade Administration Commission of South Africa has resisted such calls to date.

“Improved manufacturing performance in Hulamin Rolled Products underpins this pleasing set of results,” commented Hulamin CEO Richard Jacob. “This, together with a weaker Rand on average against the US Dollar during the six months under review, mitigated the effects of continued weak global and local market conditions, local inflation and softer rolling margins. Efforts to address cost reduction opportunities and operational efficiency improvements achieved further gains in unit costs, product yields, overall sales volumes and product mix. For the balance of 2016 we expect can body stock volumes to increase in both local and export markets allowing us to source more scrap metal units locally. Efforts continue towards further improving our cost and rolling margin performance, albeit in market conditions that we forecast to remain challenging.”

Incorporated in 1940 as a private company, and converted to a public company in 1973, the KwaZulu-Natal-based firm is one of South Africa’s most significant manufacturing businesses. It ships product to customers both domestically and internationally.