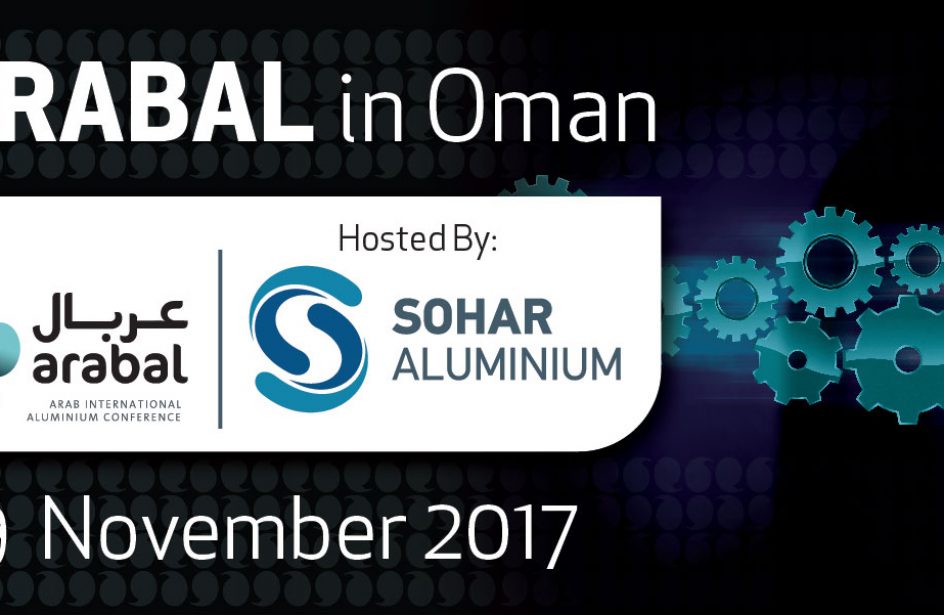 Muscat, October 3rd, 2017 – Under the patronage of H.H. Sayyid Harib bin Thuwaini Al Said, Assistant Secretary General of the Council of Ministers for Conferences, Sohar Aluminium is gearing up to host the 2017 Arab International Aluminium Conference (ARABAL). Scheduled to take place in Muscat from November 7th – 9th 2017, the event will be attended by all of the region’s primary aluminium manufactures, in addition to top executives from a cross section of industries, VIPs and over 500 delegates from 30 countries.

“The aim of ARABAL is to establish greater collaboration between the leaders and decision-makers in the aluminium industry in the region. The event has become one of the leading and specialized conferences in the aluminium sector, and as the organisers of ARABAL 2017, we are very delighted to have the support of His Highness. This edition of ARABAL will feature senior representatives from all of the region’s aluminium manufactures, as well as senior executives and thought leaders from other major aluminium markets, further bolstering its ability to showcase the capabilities of our thriving aluminium industry in Oman and the wider region,” Said Al Masoudi, CEO of Sohar Aluminium explained.

Regarded as the leading aluminium industry event in the Middle East, ARABAL 2017 will consist of a two-day conference and exhibition, featuring over 60 international experts under this year’s theme of ‘Driving Strategic Growth across the Global Aluminium Industry’. ARABAL has also attracted 20 major sponsors from around the world, showcasing their latest technological innovations at an exhibition held during the conference, which is also open to the public.

Hosted by Sohar Aluminium for the second time, ARABAL 2017 represents a unique platform to showcase the Middle East’s growing role as an industrial powerhouse. For more information about ARABAL 2017 and to see the full list of speakers, sponsors and exhibitors, visit www.arabal.com