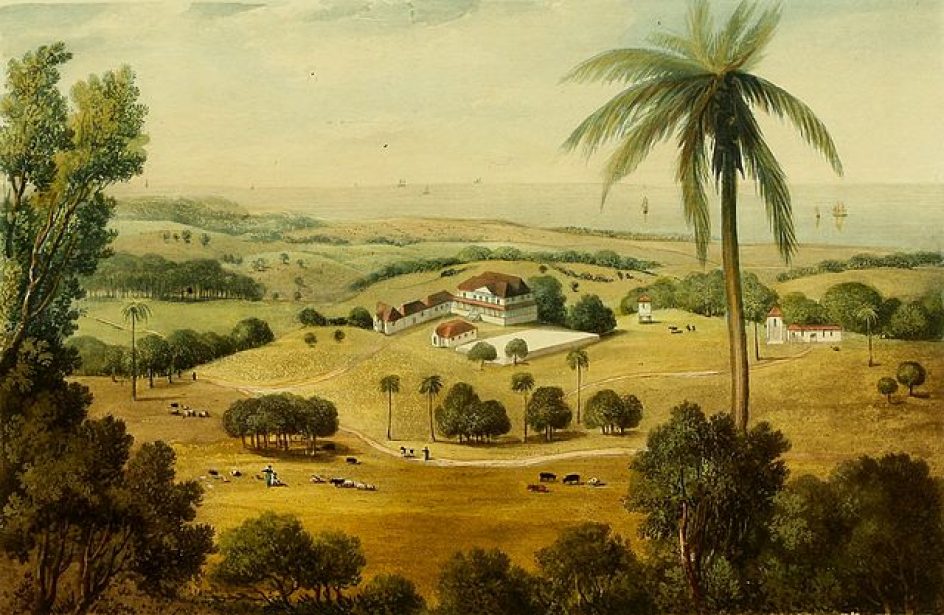 Cardiff Hall, St. Ann's, as depicted in "A Picturesque Tour of the Island of Jamaica" 1875. Source: Wikimedia

Jamaica’s Minister of Finance and the Public Service Audley Shaw told an audience on Sunday that the transfer of ownership of the bauxite operation in St. Ann Parish was conducted in a “seamless” manner.

The bauxite operation in Jamaica became the property of New Day Aluminum last month after it submitted the winning bid at the court-sanctioned bankruptcy auction on October 18. The firm beat out one other bid with its US$24.43 million offer.

Jamaica’s government retained a share of ownership in the complex. According to local media, the operations employ over 800 people and is capable of producing up to 5.2 million metric tons of premium-grade bauxite ore per year.

Representatives from New Day met with Shaw and Minister of Transport and Mining Mike Henry last Wednesday, he said. Details of the twenty-five year agreement were disclosed with staff and contractors at the plant at that meeting.

Shaw said that the government was able to make certain Noranda met its financial obligations to the country thanks to “very careful” negotiations. He revealed that the firm would pay US$19 million to the government over the next three years to meet still outstanding liabilities it had on the island.

Additionally, rather than assessing a levy on bauxite, Shaw said that the government and New Day had entered into a profit-sharing agreement.

“We are now going to be sharing 17.3 per cent ownership in the parent company, which is producing alumina at Gramercy in the United States (US),” he explained.

In a related development, Shaw said that plans to restart bauxite operations at Alpart were well underway with that plant’s new owners. Jinquan Iron and Steel Company (JISCo), who bought the operation from UC Rusal earlier this year, plans to invest US$2 billion over the next five years. JISCo has finalized plans to upgrade the plant, according to Shaw.

Shaw concluded by indicating that Rusal had a “very strong interest” in reopening operations at Kirkvine in Manchester parish.