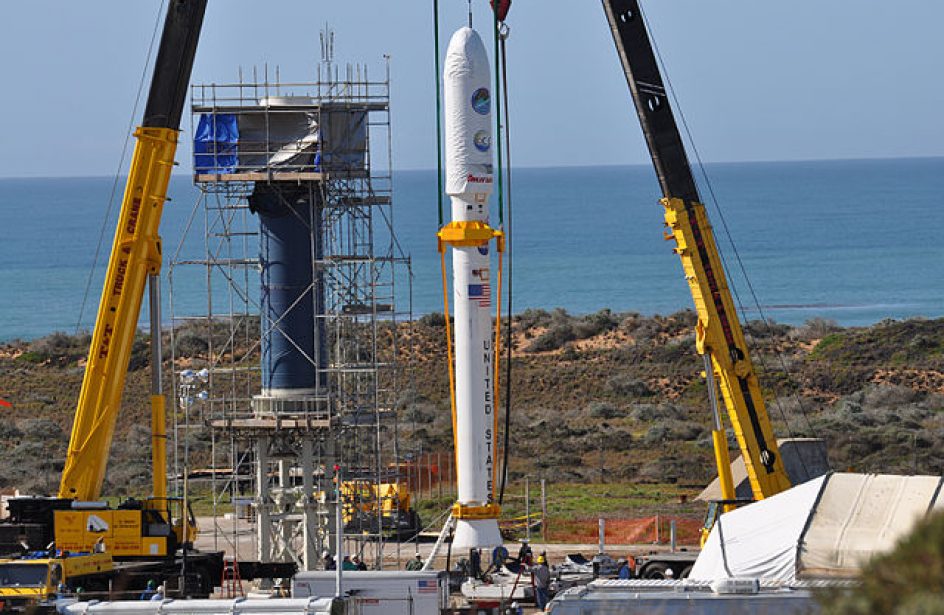 Taurus-3110 upper stages (with OCO Satellite) ready for the assembly to stage 0 of the Taurus XL on launch pad 576-E at Vandenberg AFB. Source: Wikimedia

Norsk Hydro ASA’s subsidiary Sapa Profiles settled with the U.S. Department of Justice last week over claims that it falsified scores of certifications for aluminium extrusions provided to NASA over a period of almost two decades.

In order to settle the allegations against it, Sapa agreed to plead guilty to a single count of mail fraud and has entered into a deferred prosecution agreement (DPA) in relation to the charge. It will also pay US$34.1 million in restitution, US$34.6 million to settle a related civil claim, and has agreed to forfeit US$1.8 million in profits related to the contracts with U.S. government contractors.

In addition to charges against the company, a testing lab supervisor pled guilty to charges relating to the investigation two years ago. He was sentenced to three years in Federal prison and ordered to pay US$170,000 in restitution.

Jim Norman, NASA’s director for Launch Services at NASA Headquarters, expressed his department’s disappointment at the breach of trust committed by Sapa Extrusions over the past two decades.

“NASA relies on the integrity of our industry throughout the supply chain. While we do perform our own testing, NASA is not able to retest every single component. That is why we require and pay for certain components to be tested and certified by the supplier. When testing results are altered and certifications are provided falsely, missions fail. In our case, the Taurus XLs that failed for the OCO and Glory missions resulted in the loss of more than $700 million, and years of people’s scientific work. It is critical that we are able to trust our industry to produce, test and certify materials in accordance with the standards we require. In this case, our trust was severely violated.”

Assistant Attorney General Brian A. Benczkowski of the Department of Justice’s Criminal Division, noted the severity of the allegations against Sapa.

“For nearly 20 years, Sapa Profiles and Sapa Extrusions falsified critical tests on the aluminum they sold — tests that their customers, including the U.S. government, depended on to ensure the reliability of the aluminum they purchased. Corporate and personal greed perpetuated this fraud against the government and other private customers, and this resolution holds these companies accountable for the harm caused by their scheme.”

Speaking on behalf of Sapa was Charlie Straface, Business Unit President for Extrusion North America, who indicated further measures undertaken by the firm intended to avoid such issues going forward.

“Since learning of the misconduct and reporting it to the government and customers, we have invested significant time and resources to completely overhaul our quality and compliance organizations. We have also implemented over $14 MUSD in state-of-the-art tensile testing equipment across our North American operations that automates the tensile testing process.”

“We are looking forward to concluding this matter with DOJ,” he continued. “We are committed to serving the needs of our customers and conducting business with the highest level of ethics and integrity.”