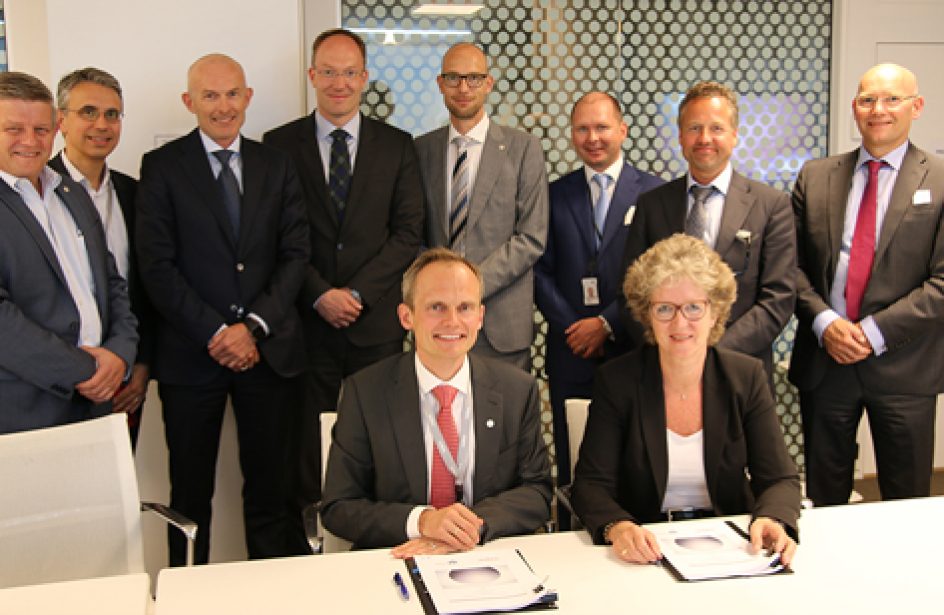 Hydro Aluminium Rolled Products GmbH, a fully-owned subsidiary of Norwegian aluminium company Norsk Hydro ASA, announced yesterday that it has come to an open-ended agreement with Norwegian extruded aluminium provider Sapa AS. The new agreement, which is for Norsk Hydro to provide extrusion ingot to Sapa, is to begin next year.

The new agreement between Norsk Hydro and Sapa is for Europe only, and replaces an existing agreement. The agreement currently in place was begun as the Sapa joint venture was wound up in 2013 and runs to the end of this year. According to Norsk Hydro, the agreement is to supply extrusion ingot to Sapa at the prevailing market price, and at a volume of between 250,000 and 300,000 metric tons per year, which may be adjusted by the parties on a yearly basis.

“Hydro’s experience and technological edge along the value chain provides our customers with value added aluminium products, and we are happy to continue our supply of high quality aluminium to Sapa,” said Svein Richard Brandtzæg, Norsk Hydro’s President and CEO.

Sapa AS is a joint venture between Orkla Group and Norsk Hydro, with each entity owning an equal share in the venture. Based in Oslo, Sapa is the largest aluminium extrusion-based solutions company in the world, with one hundred plants in over three dozen countries, and employs almost 23,000. It began as Skandinaviska Aluminiumprofiler AB in 1963, building its first extrusion facility 200 miles southwest of Stockholm in Vetlanda, and turning out its first extrusions in 1967. Norwegian conglomerate Orkla Group purchased Sapa in 2005 and delisted the company from the Stockholmsbörsen (Swedish Stock Exchange). American aluminium giant Alcoa partnered with Sapa to form Sapa Alcoa in 2007, and in 2008 Sapa gained Alcoa’s soft aluminium alloy extrusion business from Orkla after Orkla executed an asset swap with Alcoa. Norsk Hydro mixed in its extrusion business in 2012, at which point it acquired its 50% share.