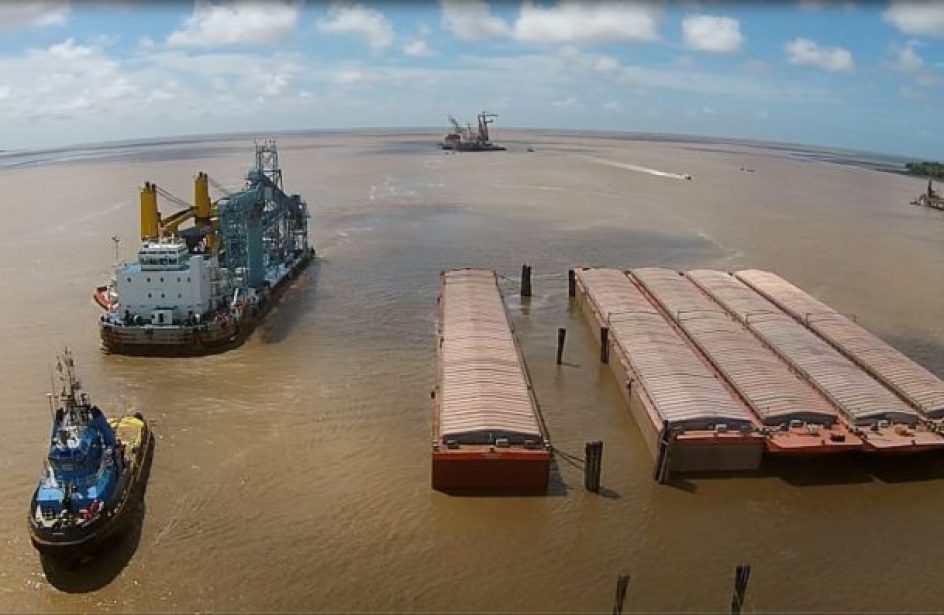 The unintended consequences of United States sanctions upon Russian business interests continue, as German shipping group Oldendorff Carriers GmbH & Co. KG. cites U.S. Treasury Department sanctions levied against U.C. Rusal as the reason it has been forced to suspend its business with Guyana.

In a statement sent to Reuters, Oldendorff said it plans to “fully comply with U.S. sanctions and therefore will be winding up its business in Guyana in a timely manner” but declined to delve into specifics of the situation.

Oldendorff, which operates a significant fleet of dry-bulk cargo ships, has been shipping bauxite for a company presumed to be Rusal since 2005. The operation, which is based at Guyana’s Berbice River, uses purpose-built tugs and barges to haul bauxite ore to the mouth of the river for loading to bulk carriers.

The move leaves Bauxite Company of Guyana in uncertain waters. Rusal holds a 90-percent share in the company, which produced 1.05 million metric tons of bauxite ore in 2017.

Rusal is among the almost two-dozen companies impacted by United States sanctions implemented earlier this month. The Treasury Department enacted sanctions against a dozen Russian businessmen and bureaucrats the government alleges have been responsible for activities they say have destabilized countries around the globe, including allegedly meddling in the United States’ presidential election in 2016.

Begun in Hamburg in 1921 with a handful of ships, Oldendorff currently operates a fleet of 700 chartered and owned cargo ships operated by 4,000 employees in 18 offices. The firm carries out 14,000 port calls per year in 125 countries, hauling around 320 million metric tons of bulk and unitized cargo annually.