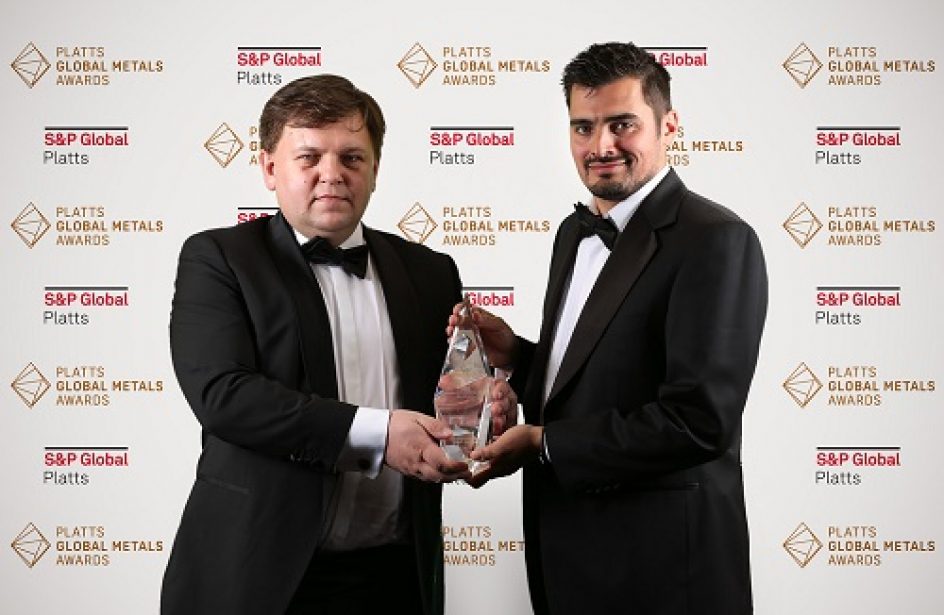 Moscow’s UC Rusal announced yesterday that it was named The Industry Leader in Aluminium at the 2016 Platts Global Metals Awards. The awards were presented at a black-tie gala attracting metals industry leaders from around the world on Thursday, May 19 at Marriott Grosvenor Square in London, England.

Rusal was chosen as a recipient of the award due to several notable achievements over the past few years, including a successful cost reduction campaign in the firm’s aluminium production operations, overall cost controls, and a commitment to production discipline in the face of a difficult metals market environment.

The firm was given special recognition due to its work on reducing global climate change. As a result of Rusal’s ecological activities, the firm cut overall greenhouse gas (GHG) emissions by over half of its emissions levels in 1990. Rusal says it intends to derive the entirety of its energy needs for aluminium production by sourcing power from clean hydroelectric operations.

According to Rusal, the significant reduction in GHG emissions is due in large part to modernization of its various enterprises. Examples include the firm’s implementation of the alumina point feeder, which is a modification that reduces the frequency of the anode effect, refinement of its reduction technology, and certain initiatives undertaken by the firm to improve the energy efficiency of its production.

Additionally, Rusal is developing an inert anode for use in production. Once development is complete, the firm intends to utilize the production throughout, which will be a significant milestone in the journey to completely eradicate emissions of CO2 and other such pollutants.

Founded in Cleveland, Ohio in 1909 by Warren C. Platt, Platts is the world’s leading independent provider of information and benchmark prices for the commodities and energy markets. The Platts Global Metals Awards, which is modeled after the highly respected Platts Global Energy Awards, is a competitive awards program honoring excellence and accomplishments in the global metals industry.