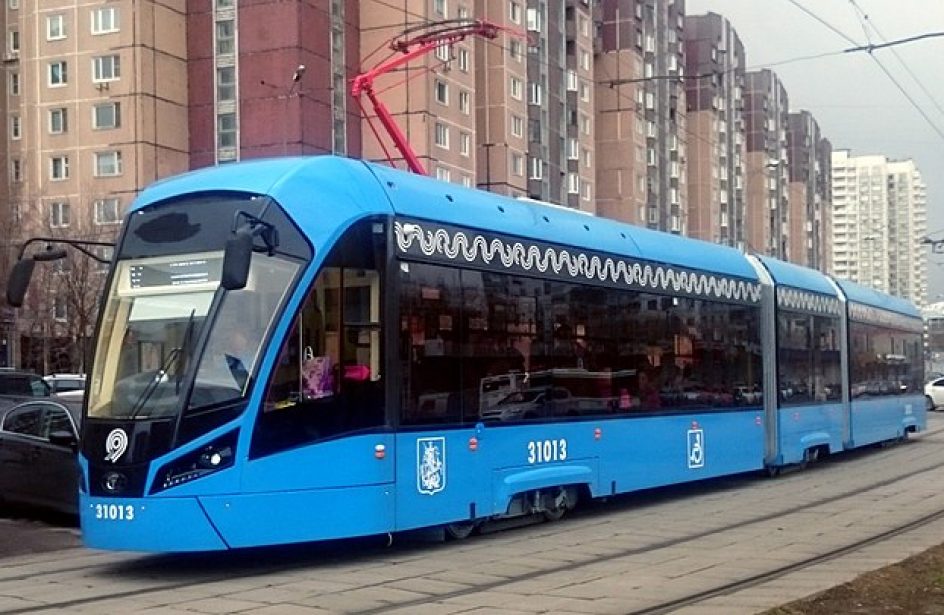 Russian Federation aluminium behemoth U.C. Rusal revealed yesterday that it has been awarded a contract to supply aluminium for a project to upgrade 300 of Moscow’s trams.

According to the firm, the project will require around 510 metric tons of aluminium. This contract, which is the largest ever contract to purchase trams for a single city, represents the first steps in a new field for Rusal, which it sees as being an area with a potentially significant opportunity for substantial growth.

The trams to be outfitted with Rusal aluminium are Vitayaz-M models, which consist of three compartments that are fabricated entirely from aluminium. Krasnoyarsk Aluminium Smelter (KrAZ) is slated to provide the aluminium to the Krasnoyarsk Metallurgical Plant, where it will be extruded into the necessary shapes. From there the extruded aluminium will be shipped to the Krasnoyarsk Machinebuilding Components for processing and assembly.

Rusal indicates that the new trams are likely to appear on Moscow’s streets over the next two years. Several are already in service and, in just the first month on the job, the routes they service witnessed traffic increases of up to 70 percent. In addition, the trams quickly became the preferred rolling stock of passengers arriving at central Moscow’s Belorusskiy train station.

Rusal’s Head of Russian and CIS Sales Roman Andryushin indicated that the project shows his company’s ability and willingness to work with firms around the world in using aluminium in transportation applications.

“Using aluminium for tram interiors is a precedent that can promote the expanding of aluminium application in Russian urban transport engineering. This project reaffirms the innovative spirit of Russian engineering as well as highlighting the competitiveness of Russian producers. The trend of using aluminium in transportation has been on the rise globally. We are ready to partner with all transport engineering companies, both in Russia and abroad, who are interested in using aluminium to manufacture their products or are interested in conducting R&D in this field.”

Additionally, an official at Krasnoyarsk Machinebuilding Components said that his company is working with Rusal to become more familiar with working in aluminium in order to provide such components to larger transport firms, which his firm expects to occur in the near future.