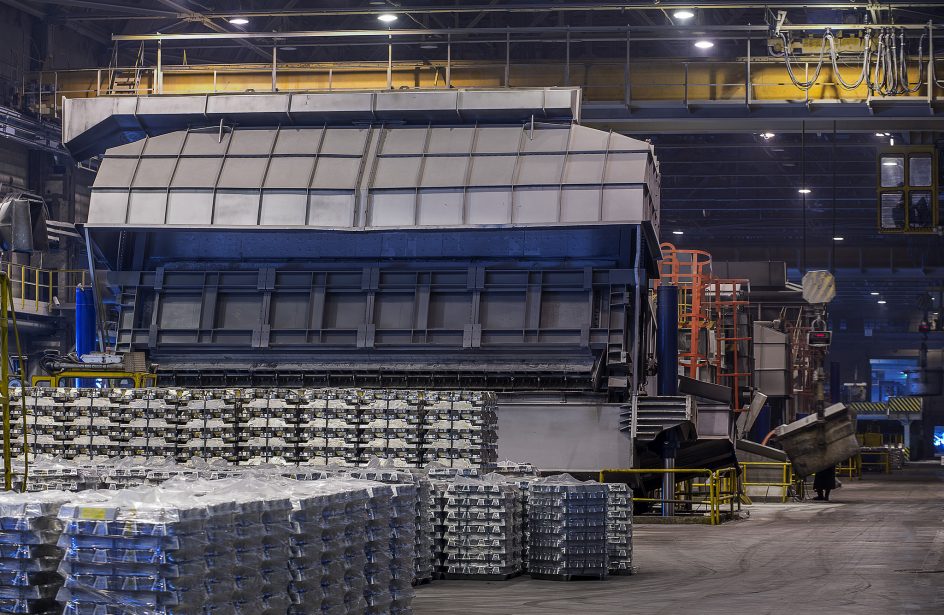 The 5005A aluminium alloy has begun mass production at Bratsk Aluminium Smelter (BrAZ), and Rusal’s Technical Directorate has already conducted a general assessment of the alloy.

Rusal’s new aluminum alloy has the advantage of readily accepting anodization, and it may be coated with a protective oxide film that gives it a hardness of close to diamond. Anodization of aluminium also improves the resistance to corrosion, useful life, and aesthetic appearance of objects made using it.

Roman Andryushin, Deputy General Director of RUSAL for sales in Russia, the CIS and China, said in a press release that the new aluminium alloy would be a boon for its customers.

“The development of value-added products such as 5005A alloy slabs aligns with RUSAL’s strategy for developing the domestic market, ensuring a stable competitive position for façade panel manufacturers using domestic products and replacing imported ones. The production of the new alloy will allow RUSAL to reduce delivery times to the consumer, reducing the cost of the final product.”

Rusal currently only exports the new 5005A aluminium alloy, but it expects to soon be able to market the alloy to domestic buyers as well. The firm expects that the domestic market for 5005A aluminium alloy is about 50 thousand metric tons per annum, with Russian buyers using it for high-processed products including facing panels, spotlights, and electrolytic capacitors.