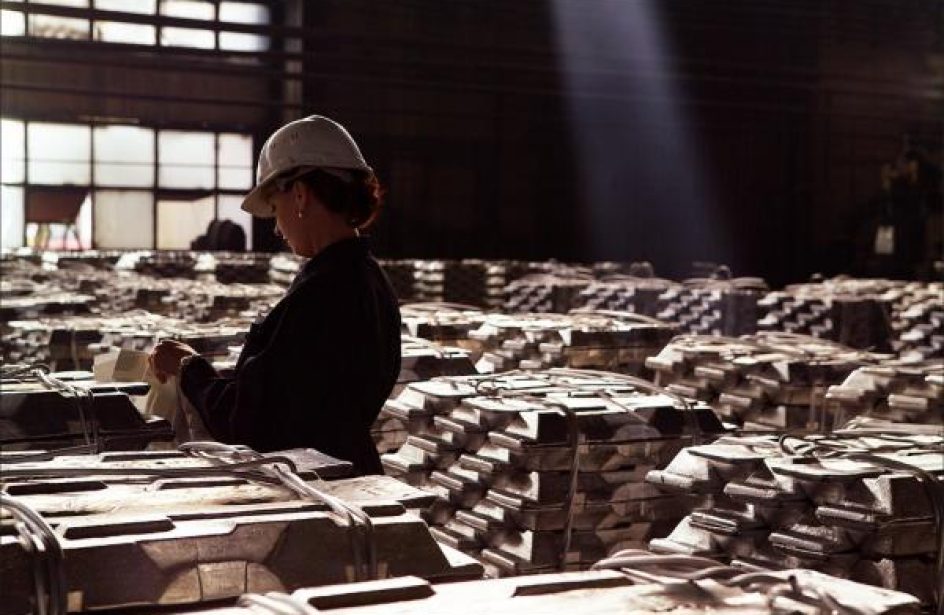 Russian Federation aluminium major UC Rusal announced the activation of a new 550 kA electrolysis cell at at the company’s Sayanogorsk aluminium smelter in eastern Siberia.
The new pot, named RA-550, is part of a US$28 million project to develop more modern and energy-efficient pots for smelting aluminium. Design began two years ago and was financed in part by a grant from Russia’s Industry Development Fund and the Ministry of Education and Science. The pot in question consumes around 12kW*h/kg aluminium, which is between 10% and 15% less than its predecessors. In addition to being more energy efficient, the new model produces roughly twice as much aluminium as prior models as well, turning out around 4.21 metric tons of the metal each day. It is also lighter, more compact, and puts off very little exhaust gas – future installations of the pot plan to achieve 99% exhaust gas treatment efficiency.
The firm says it intends to use the new pot to modernize the smelter in the Republic of Khakassia as well as in new factories to be built in the coming years. Rusal plans to have an additional four pots of this design added at Sayanogorsk, and has scheduled to have three more installed in 2017.
“The physical launch of RA-550 is genuinely a technical and engineering breakthrough,” explained Rusal’s Technical Director Victor Mann. “The start-up of this first pot confirms that with new technical solutions we managed to eliminate the previously existing limitations to continue increasing the pot amperage to beyond 1 MA. Also, their smaller size means we can install eight RA-550 pots within an area where only seven S-255 pots fitted in.”
Rusal indicates that the project used domestically-sourced material when possible. One of the main contractors for the project is Russian Engineering Company, who is responsible for the production and installation of cathode shells and busbar as well as site set-up.