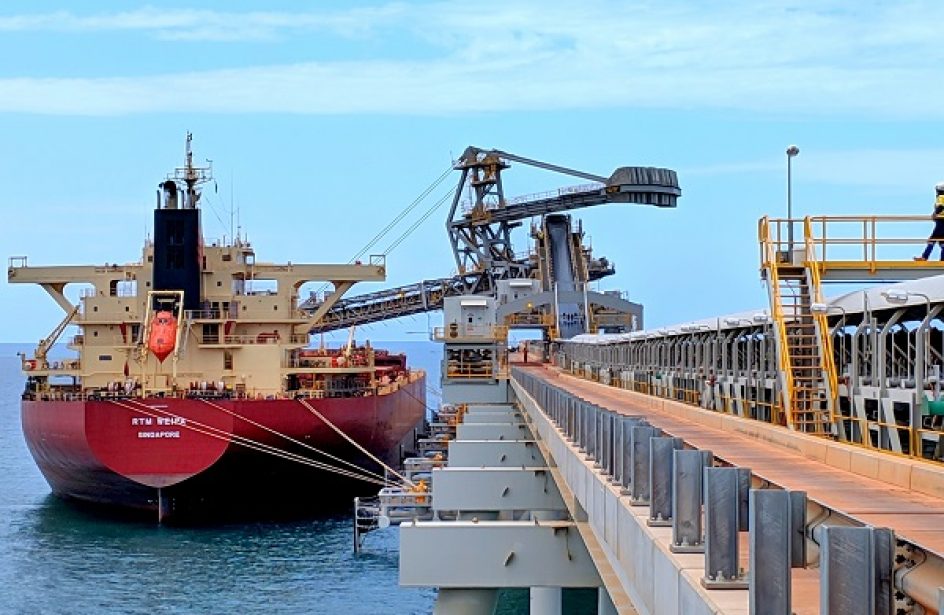 First bauxite from the Amrun mine is loaded onto the RTM Weipa Source: Rio Tinto Group

The firm marked the accomplishment at a ceremony held on the Western Cape York Peninsula where 80 thousand metric tons of bauxite harvested from the mine was loaded on the RTM Weipa for a two-week voyage. The initial batch of bauxite is destined now for Rio Tinto’s Yarwun alumina refinery in Gladstone. Among the attendees were Wik-Waya Traditional Owners and representatives of the Western Cape Communities Co-existence Agreement (WCCCA).

Rio Tinto Aluminium chief executive Alf Barrios greeted the milestone as a significant event for both the company and the local economy.

“Bringing Amrun online further strengthens our position as a leading supplier in the seaborne market. We have the largest bauxite resources in the industry and are geographically well positioned to supply China’s significant future import needs, as well as supporting our refinery and smelting operations in Australia and New Zealand.

“The Amrun mine will ensure generational jobs for Queenslanders and build significantly on our 55-year history on the Western Cape.”

“We are proud to have delivered the project safely, ahead of time and within budget thanks to innovation in the design and fabrication of key infrastructure purpose-built for construction at Amrun’s remote location.”

“We thank our community and Traditional Owner partners for their continued support and congratulate the Amrun Project and Weipa Operations teams on this great achievement,” he concluded.

The world’s most prolific producer of bauxite ore, Rio Tinto mined 50.8 million metric tons of the ore in 2017.