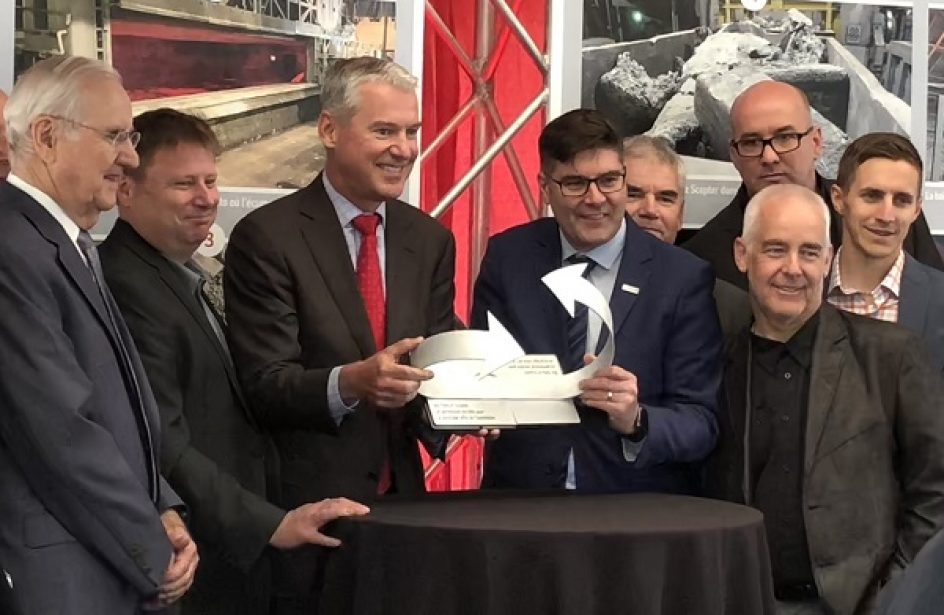 The agreement extends the companies’ partnership, which began in 2002, by another decade. In addition, the arrangement will see Scepter investing US$3 million in efficiency improvements on its process.

“This partnership demonstrates our commitment to responsible production and to realizing the full environmental benefits from aluminium as a recyclable material. Instead of going to landfill, the by-product from our smelting processes is being recycled and used by Scepter to deliver specialized materials, a win-win outcome. The technology that makes this possible was pioneered by Rio Tinto’s Research and Development Centre here in Saguenay, Quebec.”

Scepter president and CEO, Garney B. Scott opined that the agreement is a boon for both the environment and the area’s economic picture.

“This multimillion dollar investment represents a long-term commitment for Scepter to serve Rio Tinto, while simultaneously growing and securing the jobs we provide in Saguenay. Our company will continue to strive and invest in sustainable solutions like environmentally friendly dross processing that can recycle residual sub products.”

Scepter’s skimming process produces zero CO2 by utilizing a peculiar electric plasma arc process. The process also enables Scepter to recycle about 60 percent of the aluminium from the skims, which is a left-over substance produced in the aluminium smelting process.

The remainder of the skim material is processed into a proprietary substance that is used in concrete production and calcium aluminate productions for use in steel mills.

Scepter was founded over three decades ago and is based in Saguenay, Quebec. Among the services Scepter provides are recycling aluminium scrap and dross into remelt, scrap, ingot (RSI), rolling sheet ingot, sows, de-ox cones, specification ingot, rod and/or molten metal. The firm also trades in all grades of aluminium.