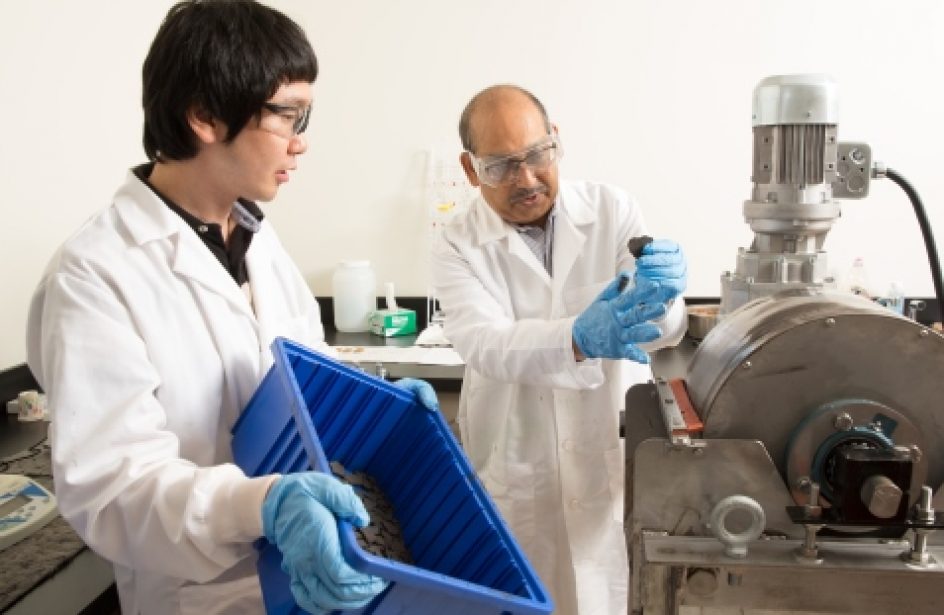 One of the biggest challenges faced by the aluminium industry is disposing of “red mud,” the caustic leftover material produced when aluminium is extracted from bauxite. However, researchers from Worcester Polytechnic Institute (WPI) are working to develop a commercially-viable method for harvesting marketable metals from the substance.

“We’re trying to help the environment by getting rid of these ponds, which can leak and destroy surrounding ecosystems,” explained team leader and director of WPI’s Center for Resource Recovery and Recycling (CR3) Brajendra Mishra. “If our process is successful, we can produce a valuable product while also reclaiming that land.”

The process in question removes magnetic-reduced iron oxide, of which up to sixty percent of red mud is composed. Iron oxide can be used as a pigment or as an ingredient for enriching soils used for crop growth. Harvesting the oxide can be quite lucrative, too – depending upon its purity, iron oxide can fetch several thousand dollars per short ton.

Mishra and fellow researcher Sumedh Gostu are collaborating with a local firm to develop a method for scaling up the process. In addition to providing technical assistance, several Worcester companies are providing the Center with about US$100,000 per year in research funding.

“This (red mud waste) is going to become a problem of such a proportion that some aluminum producers may have to shut down, if a solution is not found,” Mishra pointed out. He went on to say that 120 million short tons of the substance is produced yearly, adding to the four billion short tons that’s already being stored worldwide.

According to Mishra, the Center takes the red mud received from one of its three suppliers and puts it through a gas-based carbothermic reduction process. The mud is then separated via a special apparatus, and the remainder is exposed to a magnetic separator that strips off iron oxide from non-metallic substances in the mix, such as alumina and calcium silicate.

“We’re the only ones with a process for producing the reduced iron oxide and converting it to a saleable product,” Mishra explained, going on to say that the process is likely to be patented in the near future.

Though clearly innovative, according to Mishra a method for extracting salable products from red mud in the next five years is all but inevitable.

“We can’t afford to keep collecting red mud in ponds,” he opined. “The value in recovering materials from red mud would have a tremendous impact for the aluminum industry and for the economy.”