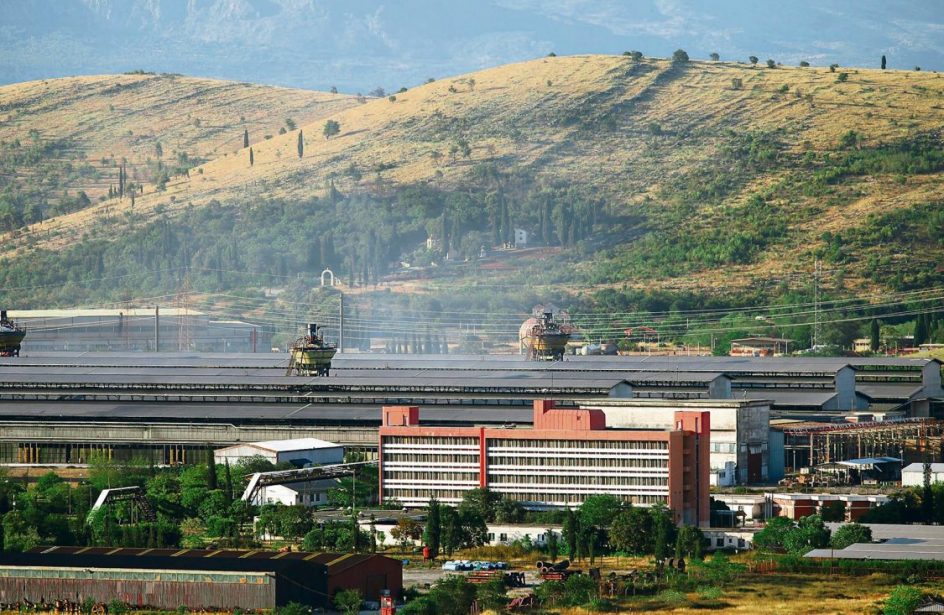 On April 25, Montenegro’s Uniprom D.O.O. (owners of Kombinat Aluminijuma Podgorica, KAP) started construction works on a €15 million aluminium billets production plant with a planned capacity of 70,000 tonnes per year. Uniprom promised production to start by end of 2019. The company also plans to open in the coming months an €11 million plant for production of foundry alloys (silumin) with a yearly capacity of 30,000 tonnes.

Uniprom’s new facilities are expected to create 80 new jobs in addition to the 500 positions already provided by the smelter. Most importantly, they promise renewed industrial activity and mark a potential turn-around for KAP after struggling for years through lacking investments, bankruptcy and falling production.

In his latest statement, Veselin Pejovic, the owner of Uniprom and KAP, also pointed to high electricity costs as a reason for why KAP has not been profitable, lamenting that the firm is paying “the most expensive electricity price in Europe.” According to Pejovic, KAP pays €52/MWh for electricity, out of which € 38.9 MWh goes to state-owned electricity distributor EPCG, while the rest is comprised of transmission fees and taxes. The current 3-year contract with EPCG on electricity supply expires at the end of this year, so a possibility to negotiate a contract with better terms is near.

Uniprom recently installed a facility for the use of liquefied natural gas (LNG) at KAP, replacing oil and petroleum fuels, and reducing costs from a monthly €280,000 to €130,000. Upon taking over the bankrupted KAP for €28 million in 2014, Uniprom promised to invest €76 million by 2018 in three new plants along with an extra €20 million in electrolysis technology, yet only a part of the sum will be invested in the current projects. The problem is that five years since the take-over, KAP’s bankruptcy procedures are still ongoing, with special protections still in place and the firm’s management being split between the CEO and a bankruptcy manager.

KAP is the smallest aluminium smelter in Europe and currently operates only one AP-09 technology potline with a nominal capacity of 5000 metric tonnes/month of T-ingots. Current annual production is at around 40,000t, though the investments are expecting to boost output to 50,000t as of 2019. All production is exported to surrounding countries where it is re-melted and processed into value-added products. In the past, KAP operated two AP-09 potlines with similar capacity from the time the plant was built in 1971.  However, one of the lines fell victim to restructuring during bankruptcy procedures in 2015. Uniprom has also begun to break up the alumina refinery, which was closed in 2009 and will be sold as scrap.

Apart from the smelter, KAP now operates a cast house and an anode plant. During 1980-s and until 1992, when the UN imposed sanctions on Serbia and Montenegro because of the war in ex-Yugoslavia, KAP was a vertically-integrated aluminium producer with an alumina refinery, a rolling mill and two extrusion facilities. Back then, total production reached 120,000 tonnes/year. Among other products, KAP produced wheels for tanks for the Yugoslav army by using one of most powerful presses in Europe at the time.

As a sign of improving fortunes, Swiss-based company MetSol in 2018 signed a contract with KAP for a pilot project aiming to provide innovative solutions towards reducing power consumption in electrolysis. MetSol and its sister company Bathco – an electrolytic bath trading company – are financing the pilot project consisting of three hydrolytic MetSol Cells.  The main objectives are to improve efficient power usage, reduce raw material inputs, reduce greenhouse gas emissions and increase metal purity. However, the key technical parameter to define the project’s success or failure is the power consumption for a defined minimum production of molten metal.

Once the testing concludes and desired results are obtained, KAP will consider expanding the technology to the rest of the potline to cover 264 pots. Starting-up of the three new pot cells, originally scheduled for December last year, is now set for this June following delays in installation works and a series of technical issues.

The cost of investment per metric tonne of produced aluminium is predicted to be roughly US$ 600, for which the payback CapEx on additional investment would be recovered within 18 months from the start of operations of the MetSol Cells. In the long-term, the investment for the entire undertaking could reach as much as US$ 35 million.

While new investments and technological tests are a promising development, KAP still needs to resolve logistical and environmental issues pertaining to the company’s two red mud basins. Holding 7.5 million tonnes of bauxite residue, the basins – popularly called “the ecological bomb” – have been out of use since 2009 when the alumina refinery was permanently closed. Environmental concerns stem from the fact that only one of the two basins has soil liners and sealing, which has contaminated surrounding water systems.

Of note is the fact that the red mud basins themselves are no not owned by KAP, but by another local company – Wag-Kolektor – without technical experience in waste containment facilities. The firm reportedly seeks to hire a German company to process the basins’ contents. The World Bank has approved a €50 million loan for the recovery and removal of the red mud basins, though the operations is yet to start. However, resolving this issue is highly critical, since failing to do so could endanger Montenegro’s envisioned EU accession in 2026.

After years of stagnation, KAP may finally be heading towards safe waters and better times. While the firm will cease T-ingots production in the near future, after all its staple product for decades, a great amount of resources will instead be focused on aluminium billets and foundry alloys.

Recent investments, and those scheduled in coming years, are indicative that Montenegro is moving to revive its aluminium industry and production. Indeed, if aluminium demand and prices continue to rise in the coming years, KAP may be buoyed to renewed success.