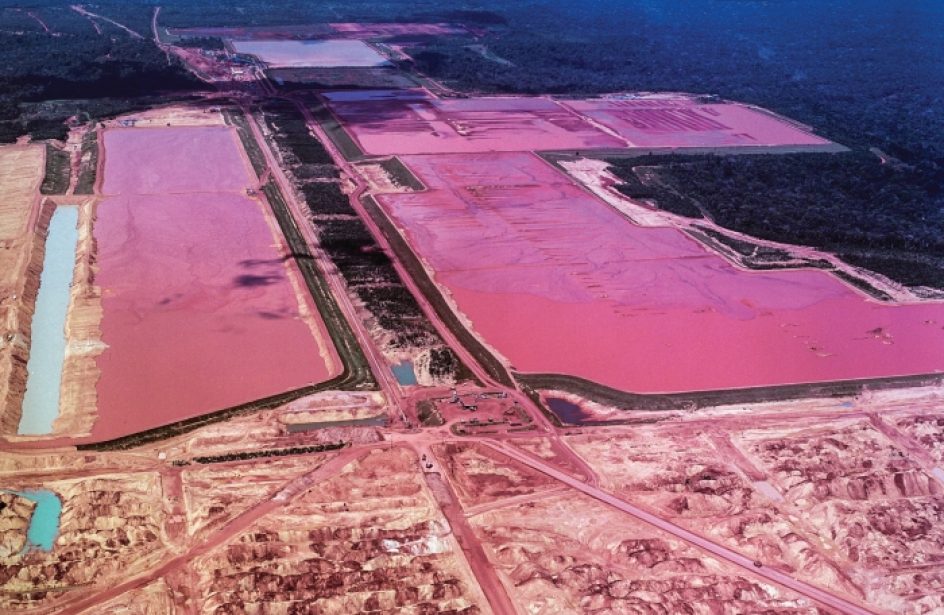 A major challenge going forward is to reconcile man’s activities on earth with the key pillars of environmental stewardship, sustainability and safeguarding life forms. This applies not least in the manufacturing industries and one example from the global aluminium sector is the issue of bauxite residue – otherwise termed red mud.

The vast majority of the world’s bauxite resources include valuable alumina minerals and alumino-silicate clays, which are intimately mixed. Insoluble components of the bauxite are removed by digesting the ore with very hot caustic soda (sodium hydroxide) in the Bayer process.

A waste by product of the Bayer process for producing al oxide from the bauxite ore, red mud contains toxic heavy metals and its high alkalinity makes it extremely corrosive and damaging to soil and life forms, presenting a massive problem for disposal. Toxic dumps and settling pools are a feature alongside all bauxite/alumina plants worldwide, including across Europe, Russia, China, Guinea, Brazil, Jamaica and Australia.

In 2015, annual production of smelter and chemical grade alumina was over 115 million tonnes, which, with the exception of some plants in Russia, Iran, and China, was all produced using the Bayer process. The global average of bauxite residue generated per tonne of alumina is between 1 and 1.5 tonnes; it is estimated that over 150 million tonnes of bauxite residue are produced annually – 5-6 million tonnes in Europe alone, and the majority of this waste is being landfilled.

Currently there are about 80 active Bayer plants of which approximately 30 are in China. In addition, there are at least another 50 closed sites, and the combined stockpile of bauxite residue at active and legacy sites is estimated at 3000 million tonnes.

With annual world aluminium production expected to top 60,000,000-tonne barrier this year, the continuously increasing production of red mud as a by-product every year is a serious threat to the environment. For now, technology enables the residue to be stored in a controlled way, but this does not entirely solve the problem.
Back in August 2016, two villages in China’s Henan Province were covered in red mud after a waste pond dam collapsed, releasing 2 million m3 of aluminium production by products.

The toxic waste pond is located in Dahegou Village, home to around 300 people in Henan’s Luoyang. The lining wall broke and silt mixed with stones swept down the mountainside, submerging the whole village. Although no casualties were reported, the red mud buried many farm and domestic animals. In total, over 400 people were evacuated.

In a similar incident in Hungary in 2010, a waste pond containing red mud collapsed in the city of Ajka, killing 10 people, while 150 others sustained severe chemical burns. The toxic material also destroyed all life in a nearby river,

So, what is the answer? Red mud constitutes such a major environmental and wasted resource problem that leading aluminium companies and organisations are exploring various ways to alleviate the situation.

Head of R&D and technical director at leading aluminium producer, Rusal, Viktor Mann revealed to Aluminium INSIDER some developments his company is undertaking.

For Rusal, zero-waste alumina production is one of two major technological challenges for the future, along with a zero carbon-emissions electrolysis process using inert anodes. Rusal’s involvement in red mud treatment is one of the company’s key environmental stewardship programmes. The company has for some years been working together with leading Russian universities to develop new technologies for waste processing and recycling.

As part of this initiative, the company already sells 200-250 kt/yr of red mud generated at its Nikolayev alumina refinery in Ukraine. The refinery adopted an innovative and investment-free mud preparation technology, where the material undergoes unaided separation and drying at the bauxite residue disposal area. This approach was enabled by favourable weather conditions around Nikolayev and by the coarseness of the mud.

In another project, red mud from Rusal’s refineries in the Urals has been mixed with various additives for ferrous metallurgy applications. The aim is to produce cast iron and dross-based products in new generation two-chamber furnaces. A prototype 500kg/hr furnace has already been built at the Moscow Institute of Steel and Alloys and is undergoing further improvements.

The Urals aluminium smelter (UAZ) has been working on extracting scandium from red mud since 2013. Specialists of the Engineering and Technology Centre (ETC) developed a unique carbonisation-based extraction technology, which does not create an adverse impact on alumina production like acid-based technologies. In 2016, an upgraded pilot unit making scandium oxide from scandium concentrate was commissioned at UAZ. Following earlier improvements, the unit’s current annual productivity has reached 96 kg of scandium oxide. ETC continues with its efforts to reduce the cost of production and deliver a competitive product for the global market. 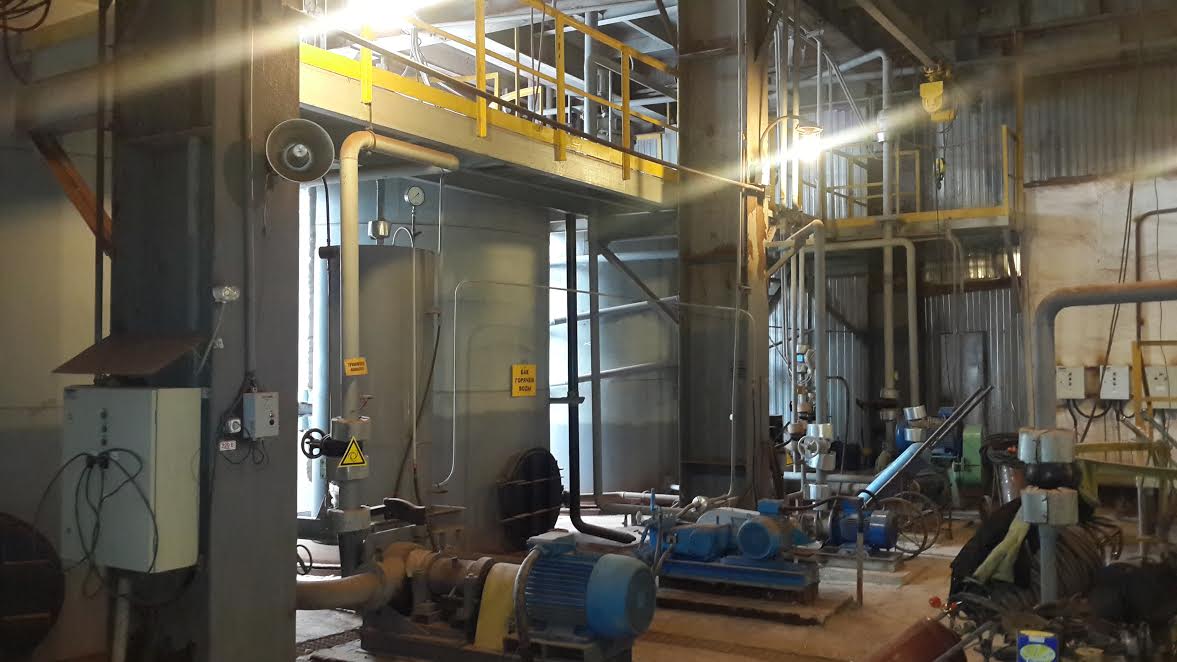 The scandium oxide output from the unit will be used to produce aluminium-scandium alloys at Rusal’s smelters. Micro additions of scandium to aluminium alloys greatly enhances properties, and having an in-house source of scandium should create a significant cost advantage for the company, Viktor Mann claims.

Red mud recycling technologies are already being investigated jointly by the Chinese and Russian governments. China has a target to recycle 10% of all of its red mud, and Chalco has already introduced several solutions to recover iron and rare earth metals from red mud waste, so the residues can be used for steel and concrete production. A recent memorandum between UC Rusal and Chalco covered joint R&D projects, including a focus on the red mud problem.

Aluminium producer Alcoa has developed a process that uses concentrated CO2 from industrial gas streams to neutralise the highly alkaline bauxite residue. The process provides direct carbonation – saturation with CO2 – both locking up the gas and reducing the alkalinity of the slurry to a less hazardous level. The resulting “red sand” is used to make cement and in road construction.

The new red mud treatment technology has been operating on trial at Alcoa’s Kwinana refinery for several years. The plant locks up 70,000 t/yr of CO2 and results in direct carbonation of the plant’s entire residue by-product, which is typically between 2 and 2.5 million dry t/yr. Alcoa says it plans to deploy the technology to nine of its alumina refineries worldwide. Application across Australia alone is estimated to store 300,000 t/yr of CO2 permanently.

In India, major producer Vedanta Aluminium Ltd has commissioned a red mud powder processing unit at its Lanjigarh refinery in Odisha, probably the first of its kind in the alumina industry addressing major environmental hazards. The unique project to produce ‘red mud powder’ has been commissioned in a fully mechanised and automated plant. According to the company, the process system was developed in-house following continuous research for more than three years.

The new plant delivers advantages such as savings in caustic soda consumption by 10-15 kg per tonne of alumina, minimising land requirement by 50-60%, eliminating containment of wet red mud and associated environmental hazards. The powder can readily be utilised in cement manufacture as well as in other industries, the company claims.

Elsewhere, the focus has been on removing sodium from the residue. In the Bayer process, the alumina and the silicate clays initially dissolve in the caustic soda solution. Sodium in the caustic soda then combines with reactive silica to produce the residue red mud waste, which falls out of the solution taking the sodium with it. The loss of sodium represents a significant cost. This means that the higher the level of reactive silica in the ore, the more expensive it is to refine. Bauxite with more than about 8% reactive silica is generally considered to be uneconomic to process.

In Australia, and other regions of the world, reserves of high quality ore with low silica levels are running out. However, Australia has vast reserves of bauxite containing 8% or more reactive silica and if processing this bauxite could be made economic, mineral reserves would be boosted significantly.

National research outfit, CSIRO has developed a patented process to treat the red mud recovering the lost sodium and also realising other environmental benefits. The residue is treated with sulphuric acid to neutralise it and recover the retained sodium in a solution. This is then subjected to electro dialysis, producing sulphuric acid and sodium hydroxide that can be recycled into the Bayer process. The process is simply ‘bolted on’ to the current refining process so that it requires no costly changes upstream. It can be applied to some or all of the residue —even independently to reprocess red mud already stored. As well as reducing bauxite processing costs, and maximising mineral resources, another significant benefit is that the remaining red mud is less polluting and easier and safer to handle. The process has been proven technically and economically on a lab-scale, and now further trials are to be conducted at a bauxite refining plant as the next step toward commercialisation

China itself warrants separate mention here. As the greatest producer of aluminium and user of alumina, it is dedicating a considerable effort investigating and implementing reuse of bauxite residue, driven largely by national Government initiatives. China has shown the most dramatic change in the last 15 years with alumina production increasing from about 2.5 million tonnes in 2000 to almost 59 million tonnes by 2015 and the associated generation of bauxite residue has grown to some 60 million tonnes a year. The alumina manufacturing routes have historically been very different because of the nature of the indigenous bauxite. Sinter routes or combined Bayer-sinter routes were widespread but are now declining sharply, except for the production of chemical grade aluminas, and the industry has become more dependent on imported ores. This change has significantly altered the characteristics and composition of the bauxite residues produced. Previously, much of the imported bauxite was from Indonesia and Australia but curtailment of exports from Indonesia is changing the nature of the bauxite residue yet again.

Some success in recovering ferrous materials from residues has been achieved in China, particularly at plants in Southern China where the wastes can have an iron content of up to 42% that makes the recovery economically feasible. Notably, magnetic separation techniques have been employed as a first stage of processing to concentrate the iron fraction for reuse in the iron and steel industry.

In 1965, a cement plant was built to re process residue from Shandong Alumina and by the late 1990s over 6 million tonnes of residue were used to make OPC and oil well cements. However, new standards for cement were introduced that restricted sodium level content and the move to imported bauxite led to a reduction in the amount used for cement.

A very strong driving force in China has been government imposed legislation requiring bauxite residue to be reused. Since 2005 there has been a large-scale effort to make use of more of the waste in many areas with the main focus on high-intensity magnetic separation to concentrate iron; and also glass ceramics, bricks, and polymer fillers.

The manufacture of bricks, tiles, and other building materials has been shown to be technically possible by many groups working with a wide variety of bauxite residue sources, using both fired and chemically-bonded methods.

The strongly growing demand for rare earth elements, and the concentration of production in China has led to a renewed interest in the extraction of these materials from bauxite residue. The particularly strong demand for scandium is driven by its emerging use in aluminium alloys as a grain size controller to produce exceptionally high strength but light components.

Work at the Chinese Academy of Science is reported to have had some success in the use of bauxite residue for the adsorption of lead, cadmium, and copper.