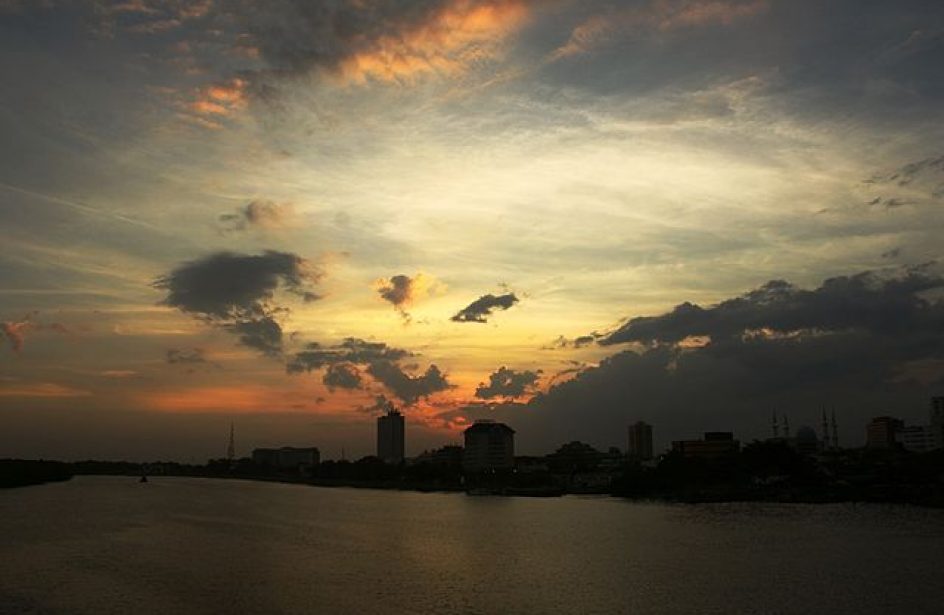 View of Kuantan River with the town on the right hand side. Source: Wikipedia

The Pahang Mining Operators Association (PPMNP) said Tuesday that it has submitted standard operating procedure proposals on bauxite mining to Pahang’s Mentri Besar (chief executive) and Kuantan Port authorities, but they have yet to receive a response.

PPMNP’s vice president, Yap Soon Huat, explained further that association miners have also set up pollution-prevention equipment at the port of Kemaman and have sent proposals to the government to do the same at Kuantan’s port.

“We think the Kuantan Port should have such facilities too but we have not heard from them. We also wrote to the Mentri Besar to request a dialogue but have not received a reply from his office,” said Yap in a meeting with the Coalition for Action Against Bauxite Pollution.

Although the Coalition argued that the moratorium be extended, Yap explained that, as victims of the pollution themselves, those miners who have been and will be in compliance should be allowed to resume their trade.

“We only have one principle, which is to put the people first and in this context, our workers need their jobs. We already have our SOP in place and the Government should allow us to resume mining. The moratorium should not be all-encompassing even if it is extended,” he said.

Coalition leader and Pahang MP Hajjah Fuziah Salleh applauded the Association’s self-regulation, but still took the state government to task for being slow to address the continuing problems.

“All efforts seem to be stunted at the state level. For us, we want all licences to be revoked and for miners to make fresh applications. Approval can only be given once an environmental impact assessment is carried out at the mines.

“If this cannot be guaranteed, then we have no deal,” explained Fuziah.

Beserah assemblyman Andansura Rabu said there would be no all-encompassing solution without the state government cooperating with the relevant stakeholders.