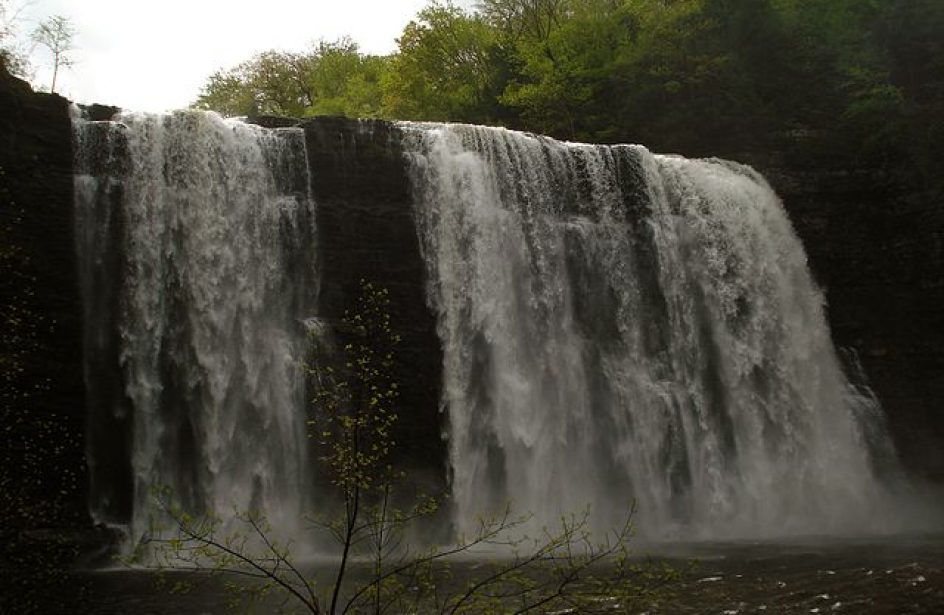 View of the Salmon River Falls from below, taken in May of 2009. Source: Wikimedia

One business day after the National Labor Relations Board ruled against them, Novelis Inc. promised it would appeal a ruling upholding a lower court’s demand that it recognize United Steelworkers as the bargaining agent for laborers at its plant in upstate New York.

The United Steel, Paper and Forestry, Rubber, Manufacturing, Energy, Allied Industrial and Service Workers International Union prevailed in a 2015 decision by Administrative Law Judge Michael Rosas when it claimed that Novelis engaged in significant unfair labor practices when the union attempted to position itself as the bargaining agent for hourly workers at the Scriba, New York plant in 2013 and 2014. USW’s campaign began after Novelis announced in December 2013 that it would be making certain changes that had the effect of reducing the compensation of such workers.

“We disagree with the NLRB’s ruling, as our employees have already spoken on the issue of joining the United Steelworkers and made their voices heard in a fair and lawful election,” Novelis said in a statement.

The firm went on to say it has “enjoyed a direct and open relationship” with employees at the Scriba plant for over half a century, and will “continue to defend their choice to maintain that.”

Workers at the plant elected not to take on USW as their union by a mere fourteen votes in February 2014, but the USW responded by filing a complaint alleging that it had lost due to threats by Novelis to cut jobs, reduce pay, and establish “more onerous” working conditions should workers choose to bring in the union. The USW represents workers at four other Novelis plants in North America.